Experts offer advice to regional entrants on how to win 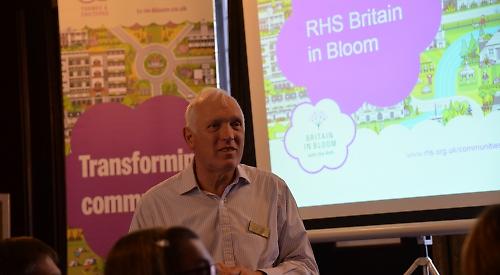 A HORTICULTURAL conference was held in Henley.

The annual Thames and Chilterns in Bloom seminar took place at the town hall and included discussions, presentations and advice on judging.

About 50 people attended the event, which was open to members of bloom committees and It’s Your Neighbourhood entrants from across the region.

It is designed to help entrants improve their scores in the Royal Horticultural Society competitions. The delegates were welcomed by Henley Mayor Kellie Hinton, who is chairwoman of Henley in Bloom, and Ted Smith, chairman of Thames and Chilterns in Bloom.

Judge David Putt, chairman of Jealott’s Hill Community Landshare in Bracknell, talked about working with volunteer groups and how to bring communites together.

Victoria Newton, from Peppard, spoke about the Chelsea Fringe Henley festival, which she has helped organise for the past three years.

Henley town manager Helen Barnett spoke about how to engage with businesses and retailers and there was a discussion on how to source funding.

Phil Simms, deputy editor of the Henley Standard, spoke about how bloom groups can be supported by local media.

Judge Pete Thompson, from Peppard, gave a presentation on how points can be lost during judging and other judges answered questions from the floor.

Councillor Hinton said the event went well and thanked all the speakers. She said: “We had a lot of interesting talks and sessions and it was a good chance to network and swap ideas on parks and green spaces. It’s always nice to get feedback from other people.

“We look at what works well in different communities and how it might work well in another.”

It is the second year running that Henley has hosted the conference.

Cllr Hinton said: “It gives us an opportunity to get people in town for the day and get more of them to enter the regional competition.”