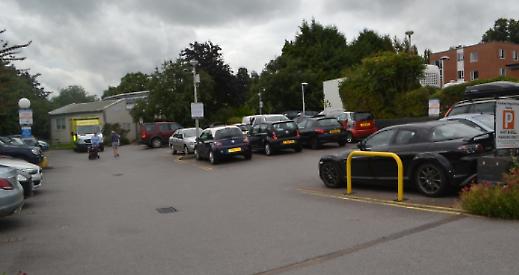 DRIVERS have been urged not to abuse the car park at the GP surgeries in Henley after the end of a controversial enforcement scheme.

The Bell and Hart surgeries off York Road decided to scrap their contract with enforcement firm Smart Parking after being bombarded with complaints from patients about being fined unfairly.

The contract ended yesterday (Thursday) and no new scheme has been put its place, leaving the car park at risk of being abused by shoppers and other drivers, as used to happen before enforcement was introduced in April.

The surgeries say the spaces should only be used by those who cannot park elsewhere due to health issues.

A message on the surgeries’ website asks patients to be “considerate and neighbourly” and only use the car park if they need to and only for the duration of their appointment.

Dr Philip Unwin, a partner at the Hart Surgery, said: “The old scheme has gone, which is a bit of a relief.

“From all our points of view, it wasn’t a huge success. It not only inconvenienced patients but caused staff a huge amount of work getting fines reversed.

“However, the principle remains that we want to reserve parking for those who need it and we will look at other options.”

Practice manager Sarah Moberly added: “We want to reiterate that we only want patients who are unable to walk, acutely unwell or very elderly to park there. Everyone else should park elsewhere and walk here.”

Ian Reissmann, who chairs the Townlands Steering Group, said: “I’ve said all along that the surgeries have a genuine problem with people who need to park at the car park and are unable to due to too many people or people abusing it.

“The Smart Parking scheme clearly wasn’t suitable and I’m pleased they’ve removed it. If the new approach doesn’t succeed we will need to go to the community and look for ideas on how to solve the situation.

“There’s a genuine shortage of spaces and it’s likely they will have to use some kind of scheme, maybe a token on exit. It sounds low-tech but I think everyone would understand the need for such a scheme.”

The Smart Parking system required those visiting the surgeries for an appointment to enter their vehicle’s registration number at a touchscreen in reception in order to obtain up to 90 minutes free of charge.

The surgeries also told drivers there was a 15-minute “grace” period for dropping off and picking up patients.

Smart Parking monitored the site using automatic number plate cameras and anyone who failed to register, or registered incorrectly, was sent a £60 penalty notice which increased to £100 if it was not paid within two weeks.

As the Henley Standard has reported, the surgeries were inundated with complaints from patients and their relatives who have been fined even though they have entered their details.

In many cases, they were found to have accidentally typed in their details incorrectly or failed to press “confirm” at the end but often Smart Parking has refused to cancel their fines, even when asked to do so by the surgeries.

Some patients also complained about Smart not recognising the grace period.

The practices had the final say over incorrect fines but said that in many cases it took multiple letters to obtain a refund. Smart Parking also failed to respond to requests to provide bigger screens to help patients, especially the elderly, to register.

The GPs said their staff were spending up to an hour a day handling complaints when they should be using that time on surgery business.