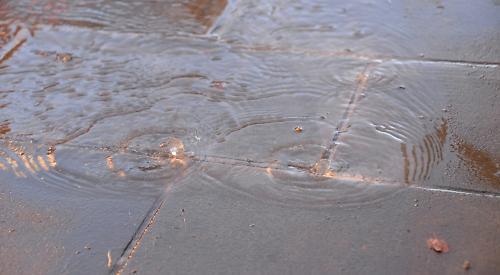 A BURST water main flooded the basement of a home in Upper Market Place, Henley this morning (Friday).

Three fire engines were called to the street and electricity to nearby homes and business was turned off while water was pumped from the property.

Homeowner Katie Conroy told the Henley Standard she came downstairs at about 8am to find her electricity wasn't working.

She went to check her fuse box in the basement and discovered a foot of water.

"Thank God I was there," she said. "I don't usually go down to the basement in the morning.

"The fire brigade have been brilliant, they came very quickly."

Water could be seen coming from beneath the York stone pavement outside her home and the area was cordoned off by firefighters.

Engineers from Thames Water shut the water off at about 11.20am.

Several businesses were forced to close during the power outage, while others were unable to take card payments.

Engineers for Thames Water are currently replacing a section of the main, with water expected to be restored to properties later today.

A spokesman for Thames Water said: “We’re really sorry for the disruption a burst on our pipe caused this morning.

"No water supplies were affected, and we worked closely with Southern Electric to restore power as quickly as possible.

“We have customer reps assisting the affected property owner and we’ll get the pipe fixed as soon as we can.”