Number of doctors set to fall as population increases 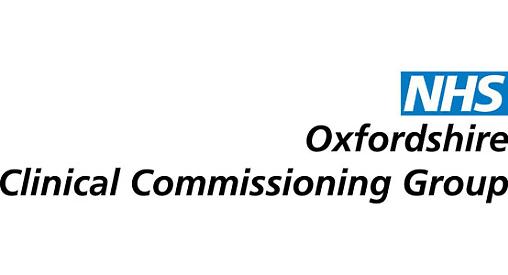 DOCTORS’ surgeries in Henley and South Oxfordshire are facing a shortage of GPs over the next decade.

A report commissioned by the Oxfordshire Clinical Commissioning Group says the number of doctors at the 10 surgeries in the south-east Oxfordshire locality could decrease by 11, or more than 20 per cent, by 2027.

At the same time, the area’s population is expected to rise by as much as 6,500.

The report blames the problem on doctors retiring and difficulties with recruiting replacements.

It recommends that more must be done to spread GPs’ workloads among other staff, including nurses, physiotherapists and pharmacists.

The south-east Oxfordshire locality is split into three neighbourhoods and includes the Hart and Bell surgeries in Henley as well as the GP practices in Sonning Common, Nettlebed, Goring and Woodcote, Benson and Watlington.

These serve a population of more than 93,000  and currently have more than 40 GPs between them. The report, which is about a new primary care plan for the area for the next five to 10 years, says: “The south-east realises that more must be done to realise the potential of utilising different kinds of clinical staff.

“Alternative solutions might need to be investigated, such as a pharmacist completing medication reviews, or a physiotherapist seeing musculoskeletal patients.

A spokeswoman for the commissioning group said: “The locality plans are taking a forward view beyond the next year and thinking about the workforce is a key part of this.

“Given the age profile of GPs in the locality, we have estimated that 11 GPs might be expected to retire within the next 10 years. We know this is likely to be a picture repeated across the country. This needs to be considered alongside the additional demands expected in primary care.

“Our draft plans have set out some proposals for how we might plan to deliver services differently.”

The group wants to encourage more doctors to work in this area, which has historically had difficulty with recruitment.

The Bell and Hart surgeries are both training practices and new doctors Chee Pavey and Will Hearsey both trained at the latter before joining full-time.

The group suggests increasing the number of training centres and encouraging GPs to remain in the area where they have trained with financial incentives such as bursaries, mentoring schemes and additional support staff.

Dr Philip Unwin, senior partner at the Hart Surgery, said: “We are in a very lucky position of being training practices in Henley and getting a decent supply of good quality trainees coming through.

“Other practices are not so lucky. There is already a shortage of GPs, which is leading to the closure of practices, including some in north Oxford. We are looking at other ways of increasing our services by possibly employing a paramedic to help with visits, maybe a pharmacist and expanding the role of nurses because demand is relentless.

“The Government is not training enough people to meet the demand.”

The report says that healthcare services in the area will be put under further strain as new homes are built, increasing the population to almost 100,000 by 2027.

An increase in the number of elderly people will also require improvements in care services.

It suggests increasing the capacity of the current GP practices, with around 3,000 extra patients able to be accommodated in the Henley sector without changes to the existing infrastructure.

Other ideas include planning for extra demand, investigating mergers with other bodies, improving administration and IT systems and sharing work with other services in the region.

The commissioning group wants to increase initiatives that promote preventative and self-care to ease the strain on healthcare services.