Camera fault to blame for fines 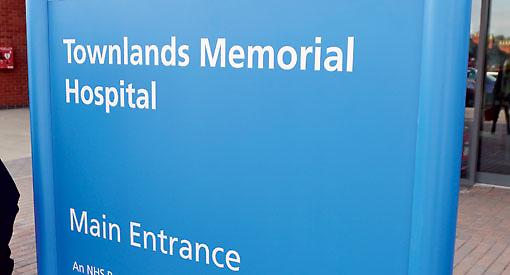 DOZENS of parking fines issued to patients at Townlands Memorial Hospital in Henley were caused by a faulty camera system.

NHS Property Services says an algorithm used to monitor how long cars were staying in the car park at the hospital off York Road incorrectly reset itself each week, meaning some patients were given fines incorrectly.

However, health chiefs say they will stick with enforcement company Smart Parking as it is delivering “what it’s supposed to”.

The company was employed in April to monitor the hospital car park as well as the one for the neighbouring Bell and Hart Surgeries and Chilterns Court Care Centre.

Patients can enter their registration details on a keypad at reception to receive free parking and there is meant to be a 20-minute grace period for those passing through or dropping off patients.

Dozens of patients have complained about being given fines of £60, which go up to £100 if not paid within 14 days, despite following the rules.

In November, the surgeries ended their contract with Smart Parking due to repeated complaints.

He said the problem meant patients were not being given the full 20-minute grace period but it had now been resolved and Smart Parking had agreed to revoke any fines if provided with evidence of appointments.

He said: “Every Sunday the system was resetting itself and going back to the 10-minute algorithm but now it stays at 20 minutes.

“Smart Parking have also been told in very clear terms that they have to adhere to any evidence they are sent and if they have a query to come to us.

“We have experienced some heartfelt stories. People don’t want to be in hospital in the first place and are then hit with this on top. Smart Parking is committed to dealing with this more positively.”

Mr Hill said Smart Parking would be sending letters to people whose fines it had revoked.

However, he continued: “We are still getting what we wanted originally, which is a lot of space for clinical services. There are regular meetings going on between us and the Smart Parking directors.

“They are responding very positively to comments and getting back to us.

“It’s regrettable that people are being affected by being told they are getting fined and chased by credit collectors but all this feedback is going back in and they are addressing the issue.

“We are continuing to review Smart Parking, not just in Henley but nationally, to see if there are any alternatives. It’s delivering what it’s supposed to deliver, which is car parking space.”

Stephanie Greenwood, the Royal Berkshire NHS Foundation Trust Townlands service manager, said she knew some fines had resulted from patients mixing up letters on the keyboard or failing to confirm their details at the end, which meant they weren’t processed properly.

She said: “We are doing what we can to help patients. The number of fines coming through compared to people in the building has reduced.

“My team and I have dealt with thousands — it has taken over my day job.”