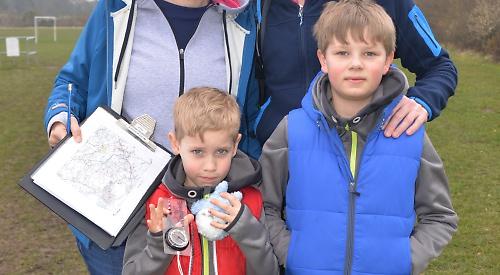 MORE than 130 children took part in an Easter egg hunt in and around the recreation ground in Wargrave, which is organised annually by the village’s beavers, cubs and scouts.

There was also an orienteering course in nearby Bowsey Woods.

Chocolate eggs were given to the competitors on their return to the scout hut off East View Road, where tea and cakes were served.

Scout leader Pete Fry said: “With parents as well we could have had up to 300 taking part.

“This isn’t a fund-raising event as such — originally we aimed to cover costs and host a spring activity which anyone could join in — but it has become really popular and despite the fact that the refreshments are provided as part of the ticket price, lots of the attendees very generously insist on making an additional donation.”