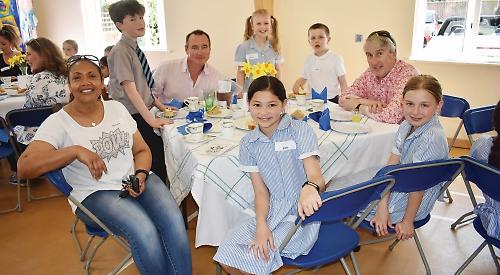 One guest arrived in an American-style school bus which was parked in the grounds.

The event was organised by year four teacher Aatka Hussain, while other teachers helped the children plan the party, write invitations and make the sandwiches.

Miss Hussain said: “The pupils were all very excited to be holding their own tea party and they hosted all the guests admirably. The children’s personalities shone through and they were a credit to themselves, their families and the school.”