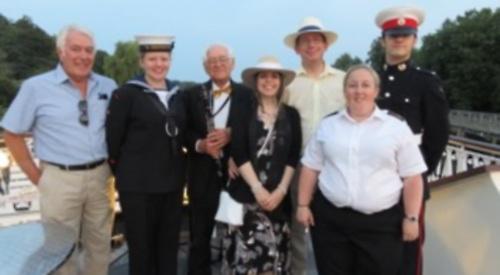 A RIVER cruise for 70 people raised more than £1,700 for the Henley Sea Cadets.

Cadets, officers and their guests, including Mayor and Mayoress Glen and Ann Lambert, spent the evening on board the Hobbs of Henley pleasure boat The New Orleans as it went up and down the Henley stretch of the River Thames.

They were served a meal and listened to veteran Henley musician Ken Fitt perform.

There as a raffle with prizes including flowers, wine and fruit, while two framed photographs of the division’s boats were auctioned.

Cadets David Rechner and Charlotte Searles, who is Mayor’s cadet for the year, sold the raffle tickets.

Sea cadets chairman Phil Fletcher said: “This has been an annual event for more than 20 years and everyone enjoyed it. We could have done with a little more support as a number of our regular supporters were away on holiday.”