Councillors back call for quiet fireworks 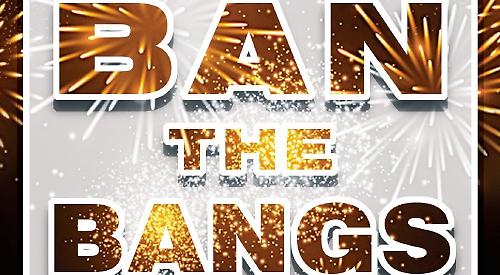 RESIDENTS, councillors and vets in Henley have thrown their support behind the Henley Standard’s Ban the Bangs campaign.

We’re calling on the organisers of displays to use quiet fireworks and for people to attend these events rather than stage their own displays at home.

It is in response to an appeal by Jane Foddy, from Wargrave, who says the loud noise made by some fireworks can be distressing to animals, children and even former military personnel.

“We live in Henley, the greatest place to live, but what comes with that is a lot of events from May to September.

“We have fireworks quite often and we all love them but there is a negative side which is mostly connected to sound. If you can still enjoy them without sound, why not? It will improve the experience for those affected by noise.”

Cllr Hinton, a former mayor, wants stricter rules on the use of fireworks.

She said: “We enjoy organised displays but don’t necessarily need the ones that happen at people’s homes. I think that should be more heavily regulated.

“Fireworks would wake up my daughter Hallie when she was a baby.

“We don’t have any pets affected by fireworks but I do have friends who have pets that are terribly affected.”

Fellow councillor Sam Evans, who has a golden retriever called Hector, said the dog coped well with fireworks but she still wanted stricter rules on the use of fireworks at home.

She said: “I know of a lot of animals that are upset by fireworks but I think there’s a balance to be struck as the regatta fireworks bring a lot of people into the town.

“The real problem is all the small, domestic displays that people do on an ad-hoc basis. In the summer we can have fireworks almost every evening and they are not organised, monitored or policed.

“They are the ones that cause more damage and you can’t prepare for them.

“Fireworks Night is coming up and you hear every year about people who are injured or burnt in private displays. They are not toys, they can cause damage.

“I think they can be managed better and for private displays it’s a no-brainer to use quiet fireworks.”

Erik D’Arcy Donnelly, who works at the Henley Veterinary Centre in Reading Road, said: “I didn’t know you could get quiet fireworks but I think they could help.

“The problem is the random ones going off in people’s back gardens. They are horrible because animals get scared and can run on to the street.

“At least the large events are in one area. The animals in the vicinity are still scared but the properly organised displays are much better.

“In an ideal world we wouldn’t have fireworks but that is never going to happen because people want to celebrate Guy Fawkes night.”

Mr D’Arcy Donnelly said the practice was busier at this time of year as pet owners sought advice and soothing products for their pets and there were more injured animals.

He said: “People come in wanting diffusers, calming tablets and pet remedy products. They also come and get advice for what to do in their houses, like keeping curtains closed to make sure no light or sound can come in.

“We always see the odd animal which has been run over because it has escaped as fireworks were going off and just kept running. Last year there was a dog that fled during the Henley Festival fireworks and ended up being killed.”

• Anyone who has experienced problems with loud fireworks should call Henley Standard reporter Jamie Presland on (01491) 419444 or email jpresland@henleystandard.co.uk