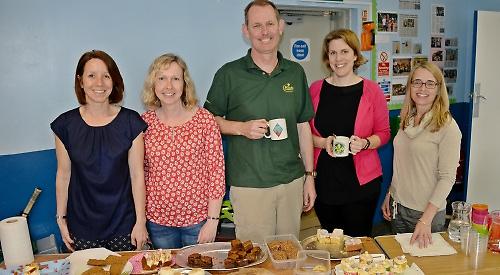 MORE than 100 children took part in an Easter egg hunt in Wargrave.

The annual event is organised by the village’s scout troop and held in the recreation ground.

This year, the children followed one of three routes depending on their age.

The youngest had to find 20 teddy bears hidden in the field, while older children had to decipher an cryptic quiz by going round the village. The oldest children had to go orienteering in Bowsey Woods.

All were rewarded with a chocolate egg upon returning to the scout hut, where parents and volunteers manned a cake stall. Others helped marshal the route.

Scout leader Peter Fry said: “It went really well and we had glorious weather. Everyone had a great time.”