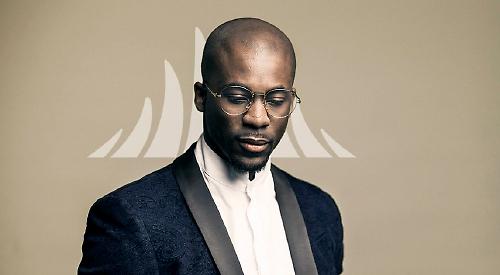 RESIDENTS in Henley and the surrounding area have been invited to take part in an online festival.

Henley Lockdown Fest will be held on the weekend of May 2 and 3 to raise money for the NHS and Riverside Counselling Service.

It will be hosted by former Olympic skier and New Street resident Graham Bell, 54, and participants will use Facebook and YouTube to watch and take part in live activities.

The Saturday's highlights include wellbeing workshops with Green Leaves Yoga and Fitness Space and a cookery session from Paul Clerehugh of the Crooked Billet in Stoke Row.

Crockers Henley will host its own version of BBC show Saturday Kitchen and this will be followed by acoustic sessions from singers Hover Fly, also known as Katie Moberly, and Megan Henwood, both of whom come from the Henley area.

Classical composer Okiem will kickstart a concert in the evening before a performance by Natasha Hamilton, of girl group Atomic Kitten.

The show will culminate in a "house party" run by Henley DJ Jamie Taylor that finishes at midnight.

The festival will resume from 9am the following morning with an introduction by Bell before a family fitness session with personal trainer Chantal Watts.

Bertie Slippers will then provide children's entertainment before Shaun Dickens, of Bistro at The Boathouse in Station Road, delivers a cookery masterclass.

Ben Lee, frontman of The Revue, and singer-songwriter Etham, from Reading, will perform two more acoustic sessions before a jewellery workshop run by the Bishopsland Educational Trust, a family gameshow with Henley quizmaster Bobby Davino and acoustic rock and pop with Adam Isaac, who has performed under coach Sir Tom Jones on television show The Voice.

The evening will conclude with a DJ set from singer Ben Ofoedu of Phats & Small.

Organiser Jayson "JJ" Jaurigue chose the beneficiaries because of the strain the virus outbreak has placed on the health service and its staff.

He is also concerned by how the Government's restrictions on people's movements could be affecting their mental health.

Mr Jaurigue, 34, has experience in running events and manages his own agency called Eight Ray Music.

It is based in Thameside, Henley, and provides clients such as the Henley Festival and Amazon with live music for their events.

The businessman, who lives with his wife Gemma, 34, and their one-year-old boy Rocco in King's Road, is looking forward to the festival but explained that some acts had still not been announced pending confirmation.

He said: "I think right now we live in crazy, crazy times. The big thing for me is bringing the community and Henley together.

"It's a bit of a tough time for everybody and I want to bring happiness into people's homes. We also need to raise more awareness of the NHS and how its staff are coping on the frontline.

"It's important we help mental health charities as well. I think we're going to see an increase in mental health issues during this time."

While the festival is free to view, Mr Jaurigue would like people to donate to the NHS and counselling service if they can.

For the full story and more information, pick up a copy of next week's Henley Standard and visit https://henleylockdownfest.com/