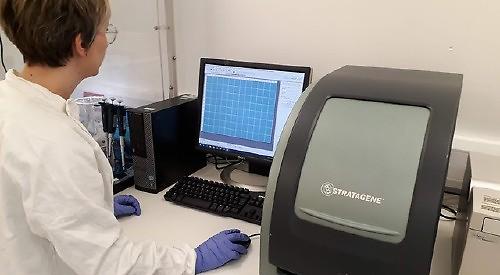 AN entrepreneur from Henley has given £1million towards a project he launched to help small laboratories provide coronavirus testing for frontline healthcare staff.

Mike Fischer founded the Covid-19 Volunteer Testing Network with the aim of recruiting up to 200 volunteer labs across the UK to carry out 10,000 tests a day by the end of this month for GPs and NHS workers.

There are thousands of labs in the UK with the right equipment and expertise to run these tests but they are currently not being used.

The project aims to build an emergency volunteer network of labs willing to convert to covid-19 testing to supplement the government’s existing facilities.

Mr Fischer is the director of SBL, an independent, non-profit medical research laboratory in Milton Park, Abingdon which has been converted to testing for covid-19.

It is now providing 500 tests a week to NHS staff at 15 GP practices, including the Hart and Bell surgeries in Henley, Nettlebed Surgery, Sonning Common Health Centre and Goring and Woodcote Medical Practice, with a half-day turnaround.

These tests are giving hundreds of staff an indication of their current health status and the knowledge required to keep fulfilling these vital roles. After seeing the impact that testing at SBL was having on the area, Mr Fischer wanted to encourage other labs to follow its example and create a testing network.

The Fischer Family Trust has committed £1million of seed funding to get the project going which Mr Fischer expects to last until the end of this month. This is available to support the purchase of consumables for the tests if labs are unable to cover these.

Mr Fischer told the Henley Standard he would donate another £1million to the project if he could find donors to contribute a further £4million. This, he hopes, will get the project to the point where it is funded by the Department of Health and Social Care.

The network is now carrying out 1,500 a tests a day with five labs already signed up, three of which began testing a week ago, with a further 50 labs due to come on board.

Mr Fischer, who is a patron of the Henley Festival with his wife Maria, said: “If we are going to beat this pandemic, we need to employ every resource we can to make sure that our essential health care workers can go to work safely.

“Even at our small facility — with just three full-time staff and two machines — we have been able to run up to 500 tests a week for NHS staff on a same-day basis.

“By creating an emergency network of volunteer laboratories like ours across the UK, we can quickly and efficiently create the capacity we need to deliver tens of thousands of additional tests every single day.

“We believe this can play a vital role in supporting the national effort, at no cost to the taxpayer.

“We hope existing equipment can be used in situ with qualified staff volunteering to conduct the tests. We are able to provide guidance, protocols, documentation and reporting.”

Mr Fischer, who is running the project with two other entrepreneurs, Caroline Plumb and Tim Perkin, added: “If you’re a GP, the number one thing you want to do is not to be infecting patients and, particularly in this phase, the only patients you see face-to-face are very seriously ill ones.

“The right thing is to be testing GPs when they have no symptoms and frontline workers. We’re testing staff between once and twice a week at those 15 practices. By doing that we’re picking up GPs who are positive before they show any symptoms.”

If they tested negative and were returning to work, a second test would be carried out the next day to ensure it was safe for them to do so and that the system was “absolutely bulletproof”.

The same applies if someone tests positive, to confirm the infection.

Mr Fischer said: “I’ve got a very lucky pocket so I’m funding all of the tests our lab does throughout the pandemic and I have donated £1million for the consumables for the network for the next few days.

“My initial funding will probably run out by the end of April so we’re in discussion with the Department of Health for them taking over the funding. I’ll put in another million if four other people can do the same so that will see us through to the point where it’s highly likely the government will be funding it.”

Mr Fischer is the co-founder of Research Machines, a British microcomputer and then software company for the educational market, and of stock photography agency Alamy.

He said: “I’ve never done anything that has got such an incredibly rewarding response. When we started I had no idea whether we’d get two labs, or one lab, but every practice we can support is worth it.”

Dr Philip Unwin, the senior partner at the Hart Surgery in Henley, says it has benefited from SBL’s shift to coronavirus testing.

He has been at the practice for 32 years and was due to retire this month but is staying on to help the surgery as a result of the pandemic.

The practice has 10,500 patients and is one of the first surgeries to get help from SBL for testing.

Dr Unwin said: “Having a test is crucial in helping to stem the spread of this disease and help us at practices to keep fighting.”

He said staff and nurses were having to self-isolate because they had encountered someone who may have had covid-19 and they couldn’t be sure whether they had the disease or not.

The surgery couldn’t also be sure that the GPs still at the practice were not infecting their patients and spreading the disease further.

The lack of testing was causing some staff with high-risk relatives to stay home, and others were wanting to come back to work but couldn’t due to the lack of confirmation on whether they had the disease.

He said that swabbing was easy, pain-free and takes no time at all so that both staff in the GP practice and those self-isolating can conduct the swabs themselves.

The Covid-19 Volunteer Testing Network is being co-ordinated on an entirely voluntary basis and is looking for further labs to join the effort.

For more information on the testing network, to join or to provide funding for the initiative, visit www.covid19-testing.org

• A CONSULTANT at the Royal Berkshire Hospital in Reading died on Monday last week after contracting coronavirus.

Dr Peter Tun, 62, was an associate specialist in neurorehabilitation and his son Michael claimed he had a lack of personal protective equipment.

But the Royal Berkshire NHS Foundation Trust said it followed the strict national guidelines on the correct and appropriate use of PPE.