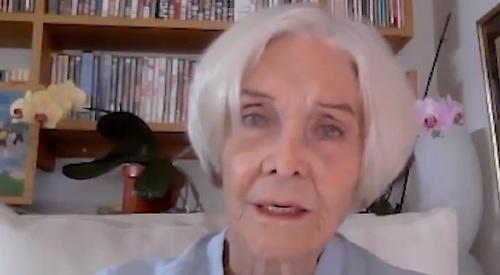 THE director of Sue Ryder’s palliative care hub in Nettlebed says the coronavirus crisis hasn’t reduced its ability to care for patients.

Maria Turnbull said that although staff must now wear personal protective equipment while visiting people in their homes, they were still able to provide comfort and reassurance to families of patients.

She also repeated the charity’s warning that unless it receives more financial support to help it recover from the impact of the pandemic and lockdown, its services will eventually become unsustainable.

She urged the community to donate to Sue Ryder’s emergency appeal, which has so far raised more than £107,000 in South Oxfordshire.

The hub still faces a £1.6 million funding gap by March 31 even without a second wave of the virus.

The charity says it is prepared for this, although it could lead to further losses.

Sue Ryder has lost income because it had to close all its shops, including the outlet in Duke Street, Henley.

The shop will re-open on Monday with reduced hours of 10am to 4pm on Mondays and Wednesdays through to Saturdays.

The charity also had to cancel fundraising events, including the annual Halloween fireworks display at Joyce Grove, which has been scrapped as it was unclear whether it will be safe to stage public gatherings by then.

Mrs Turnbull said the cost of buying PPE for staff was “significant” and the charity had to hire agency nurses to cover shifts when staff were off sick or self-isolating.

The charity also bought laptops to allow staff to work from home.

Chancellor Rishi Sunak announced a £750 million relief package for charities in the early days of the outbreak.

However, hospices were excluded from the most recent £3 billion round of additional funding.

Mrs Turnbull said: “Sue Ryder was in a desperate situation but the public’s generous response to our appeal, paired with emergency funding from the Government, has put us on a much more stable footing. We honestly had no idea what to expect when we launched the appeal as it has been, and continues to be, a difficult time for everyone, including our supporters. We’ve been delighted with the support shown so far.

“However, we remain heavily reliant on donations and fundraising. We remain hopeful that customers will support our work by venturing back into our shops as they re-open.

“Services in South Oxfordshire aren’t currently at risk but the forecast shortfall for this financial year is very concerning. A drop in funds on that scale is clearly not sustainable in the long term.

“We’re in close contact with Oxfordshire’s health commissioners and just have to take one step at a time. Once the threat of the virus has passed, we will be throwing everything at our fundraising initiatives but we can’t plan for that at this stage.”

The Nettlebed centre built a stockpile of PPE in early March as it prepared for the crisis alongside hospitals and other health services. However, the team didn’t realise how hard it would be to maintain their supply at the start of the outbreak and nearly ran out several times.

At one stage supplies were so low that the charity considered suspending its services nationwide.

Some PPE was provided by the Oxfordshire NHS clinical commissioning group and the county council while the rest came from private suppliers.

Staff wear full PPE, including face shields, masks, aprons and gloves, for every home visit because all patients are medically vulnerable.

Outpatient day services such as counselling, support groups and therapeutic activities are on hold and there are currently no plans to restart them, although some are provided over the phone or online where possible.

Mrs Turnbull said: “It has been challenging because our staff naturally use touch as a comfort measure and this has been taken away.

“A lot of communication and reassurance is also through facial expressions. Patients haven’t been able to see the staff’s faces in full and we’ve worried about the effect of that too.

“The PPE is uncomfortable and hot and it’s something else to constantly think about — how will they put it on and take it off again at each visit? How can they safely discard it? Where can they do all of that? A lot of it is done on people’s doorsteps.

“However, as time has passed, they have got more confident as they have seen that touch through gloves is still a great reassurance and patients and relatives can still find comfort from their voices. It’s not the same but they make it work.”

Staff are supporting one another and have received care packages both from Sue Ryder and groups and individuals within the community.

These have included Prosecco, chocolate and toiletries from donors including Laithwaite’s Wine, whose owners Tony and Barbara Laithwaite live in Peppard Common.

Television presenter Anne Diamond and actress Sheila Hancock both sent video messages of encouragement and supporters have provided bags to carry uniforms to and from work.

Mrs Turnbull said: “Those things remind them that what they do is very special, and lots of people truly think that.

“We’ve had staff self-isolating so they’ve all been overstretched at some point and the pressure of not knowing when we’d get the next batch of PPE was an extra worry.

“But we’ve managed to keep going and many in the community will testify that our staff are incredible. They want to provide excellent care and will do whatever it takes.

“Feedback remains really positive and patients have been so pleased that we’ve continued to provide face-to-face care when some services have stopped.”

The centre, which opened in 1979, offers advice and visits through a telephone service which runs seven days a week, which was launched in April 2018. It costs about £3.1 million a year to run, of which only a quarter comes from statutory funding.

Joyce Grove used to be a Sue Ryder hospice with up to 12 beds but this was pared down before it shut at the end of March.

The announcement in January prompted complaints but the charity said demand for inpatient services had declined as more people now wanted to die at home.

Sue Ryder intends to sell the Grade II listed building, saying it is costly to maintain and wasn’t built for the purpose.

It is seeking a new home for the care hub and outpatient services.

To donate to the appeal, visit sueryder.org/donate