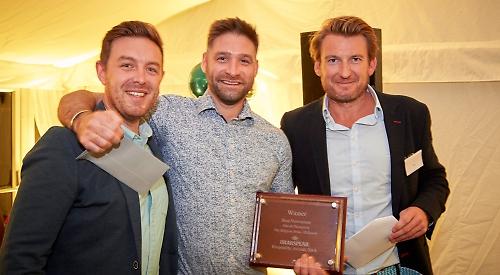 A PUB in Henley will re-open next month for the first time since March under new management.

David Thompson, 37, will be the third tenant of the Little Angel in Remenham Lane in 18 months.

He is moving to the Brakspear pub from the Belgian Arms in Holyport, near Maidenhad, where he has been for the last three years and which he will continue to run as well.

He has appointed a general manager, Zach Leach, and a head chef Danny Little, while his business partner, Chris Peverell, will keep the pub in Holyport running when he’s not there.

The Little Angel was previously managed by Ben Bass, who joined in September last year with more than 20 years’ experience of working in pubs.

Earlier in the year the pub was fully refurbished.

Mr Thompson, who lives in Pinkneys Green with his partner, Natasha Wicks, and their three-month-old daughter, Beatrix, said he was looking forward to re-opening the Angel, which closed in March due to the coronavirus lockdown.

He hopes to employ up to 30 people in total.

Mr Thompson said: “There will be people who will question re-opening a pub in the middle of this crisis but I want to bring talented people into the industry and we have started recruiting.

“We want to make it a place where people can drop in any time of the day but keep the pub feel to it. We’ll be open for breakfast, lunch and dinner, or for those just wanting a quick coffee or pint.”

There will be taster evenings, where customers are invited to meet staff and give their thoughts on the food and drink pairings.

Mr Thompson said: “We’ve done several of these at the Belgian Arms and they always sell out.”

He was born in the Lake District and moved with his family to Scotland when he was 10. He then left home at 17 to pursue a career in hospitality and trained and qualified as a chef at the Waterhead Hotel in Ambleside.

He then worked in Dubai, France, Spain and Switzerland.

Mr Thompson has been at the Belgian Arms for three-and-a-half years.

He said: “My sous chef was biting at my ankles and wanting to move up through the ranks, so when Brakspear approached me and asked if I would be interested in the Little Angel I was really excited. I accepted their invitation and then I told my family.”

“We want to make sure that every single dish that goes out is spot on and memorable,” he said.