Animal lover renews call for more use of quiet fireworks 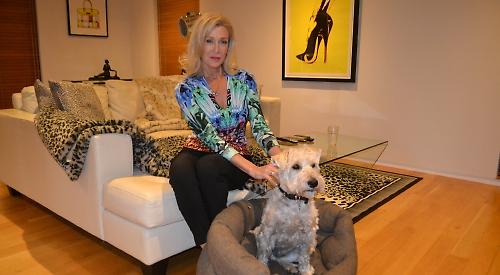 A WOMAN has renewed her plea for people to use quiet fireworks on Bonfire Night.

Jane Foddy, of Loddon Drive, Wargrave, spearheaded the Henley Standard’s Ban the Bangs campaign when it was launched two years ago.

The PR consultant says she enjoys the displays but she campaigns against noisy fireworks as they upset nimals and people with mental health conditions, such as post-traumatic stress disorder.

With organised fireworks displays being cancelled this year due to the coronavirus pandemic, Mrs Foddy is concerned that more people may be tempted to hold their own events.

“That is why it is important to get the message out there,” she said.

“There is no such thing as a silent firework but there are quiet fireworks. I’ve been trying to promote them because they are widely available. You only have to ask for them and they are just as beautiful.

“I love fireworks and I love looking at them but I just don’t like the loud bangs and a lot of children don’t either.

“The biggest single problem is the noise but you will always get people that say you are impacting on their personal rights, or that it wouldn’t be the same without the bangs but they are in the minority.

“When you explain the trauma they can cause, most people are sensible and reasonable and understand they can live without the bangs.

“I still want people to be able to enjoy fireworks safely.”

Mrs Foddy, who lives with her husband John, first became aware of the issue when their Irish soft-coated wheaten terrier, Teddy, had a bad response.

She said: “That incident was extremely traumatic for our dog and for us to witness.

“I spoke with friends and neighbours and realised this was a much bigger problem than I first thought. All sorts of animals, including farm animals and wildlife, are affected and it is much harder to protect those animals from the noise and the damage it can cause if they are spooked compared with a domestic pet.

“To begin with, I didn’t even think about the impact it would have on people but there are people who served in the armed forces who can have a terrible reaction to the noise of fireworks because they have PTSD.

“There are also people with autism — they are terrified by the noise but you can’t shelter them from it and you can’t explain that it won’t harm them.”

She started researching the subject and came across an Italian town where noisy fireworks were banned. In 2018, she appeared on ITV’s This Morning to discuss the issue with presenters Eamonn Holmes and Ruth Langsford.

During the show, there was an opinion poll and 55 per cent of people said they were in favour of banning noisy fireworks.

Mrs Foddy added: “It is a very considerate and compassionate thing to do. These days, with what we’re all going through with covid, there is so much stress and anxiety out there already. We really don’t need to be inflicting more on people and animals.

“We all need a bit of fun at the moment but if there are no organised displays near you then I would just ask people to think about the noise and care about the people and the animals that share this lovely area that we all live in.

“I certainly feel there is more awareness of the problem with every year that goes by. There is more coverage on the radio and on TV.

“It is a big thing to ask of people to change their behaviour and I don’t think you can do that by dictating — you have to appeal to their compassion and we’ve seen a lot of that in recent months with this terrible pandemic.”

It is legal to use fireworks all-year round but they must be set off prior to 11pm. The only exceptions to this are Bonfire Night, New Year’s Eve, Diwali and Chinese New Year.

There is a noise limit of 120 decibels on all consumer fireworks.

However, the existing legislation was deemed appropriate and Maidenhead MP Theresa May, whose constituency includes Wargrave, was among those to defend them, saying the majority of people used them responsibly.