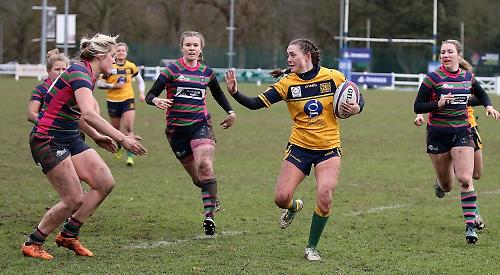 A NEW elite rugby programme for girls is to start at The Henley College.

It will be in partnership with the London-based rugby union club, Ealing Trailfinders, and start at the beginning of September.

The programme is aimed at girls currently playing at county or a similarly high level who want to progress on to England Women Under 18s squad and Under 20s squad.

It will provide the same opportunities as the college’s existing boys programme, which focuses on performance coaching, strength and conditioning, provides medical support and uses video analysis.

Ben Ward, Ealing Trailfinders’ director of rugby, said: “We are pleased to announce that we've secured long term investment to run a programme for women alongside our successful men's programme.

“Our aspiration is to produce home grown Ealing Trailfinders players, both men and women, and give them the best opportunities to become great rugby players as well as prepare them for their careers after rugby.”

The programme will be taught by a professional coaching team hired by the Ealing Trailfinders rugby union club.

Students from the college will use the training grounds at the Henley Rugby Club at Dry Leas as well as the college’s own pitches which have recently been used for training by the England Women’s Under 20s squad.