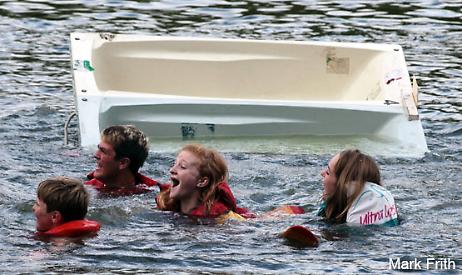 THE Thames was filled with bathtubs and homemade rafts for Hurley Regatta on Saturday.

Hundreds of hopefuls took part in more than 80 races at the annual event, which culminated with the ever-popular raft race.

Click here to see more photographs of the event.
Nine teams took to their rafts, made of barrels, wood and lengths of rope, before attempting to paddle their way down the 400m course.

The race was won by the Hurley Hayseeds, last years runners-up.

Other imaginatively-named teams included Ship Happens, the Booze Brothers and The Donuts.

As always, several rafts fell apart, plunging their crews into the water. One did so the minute it entered the water, so failed to even make it to the start line. Two others sank during the race. 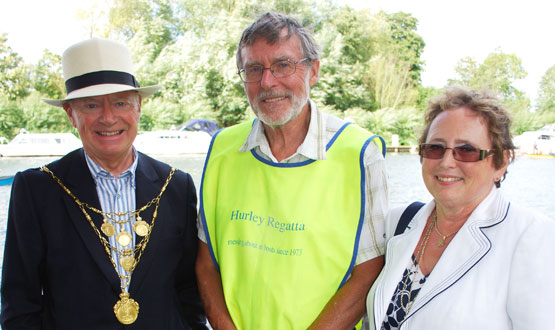 Regatta chairman Martin Fry said: Its always good fun and even those who end up in the water enjoy it.

There was one raft this year which we couldnt believe stayed together. It finished last but at least made it to the end.

In the bathtub race, the Afro-dizzy-acts were hard to miss in their bright red afro wigs and garlands but were pipped to the post by We Love Alan Shearer.

Two of the four baths which started the race sank after water filled the tubs as the competitors tried to row faster.

In the final of the little and large tandem dinghy race two crews clashed oars around the halfway mark. Both pairs managed to stay in their boats but one was knocked off course and almost collided with the bank before spectators pushed them back out into the river.

There were also some more serious events, including canoeing, dongola and punting, while off the water visitors could also take part in egg-throwing, water-carrying and dog racing competitions in the regatta arena.

Hundreds of people visited the regatta site in Mill Lane to watch the racing and many set up gazebos and barbecues on the bank.

There were fairground rides, charity and food stalls and a mini-train provided by Hurley Lions Club which ferried children in a circuit around the field.

After the racing, prizes were presented by Richard Kellaway, Mayor of Windsor and Maidenhead. Later in the evening folk singer Steve Carroll performed.The regatta raises money for local charities and this years beneficiary is the Alexander Devine Childrens Hospice Service in Slough. The organisers expect to have raised almost £4,000.

Mr Fry said: The regatta went very well. The weather stayed good and, according to the feedback, people thoroughly enjoyed themselves.

We havent got all the figures yet but it looks as though it will be another good year.

This is the 42nd year of the regatta and each year people come from greater distances to take part. We always have a great time.