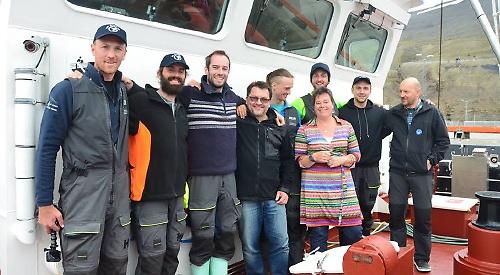 The athlete from Ipsden is part of six-man crew attempting to row 2,000km from the island of Svalbard in Norway to Iceland. They left early on Tuesday and are expected to finish in about 20 days.

Gregory, 33, said: “We’ve packed 25 days’ worth of food but we’re expecting it to take less than that. We’re taking more just in case we get into trouble.”

The Polar Row crew hope to set five world records, including becoming the first crew to row the open waters Arctic Ocean from south to north. Gregory, who won gold at the 2012 and 2016 Olympics, has joined for the second part of the row. The first part, from Tromso in Norway to Svalbard, ended last month.

He is being followed online his partner Emily Airey and their three young children.

Dr Danny Longman will be documenting his crewmates’ physiological experiences and reactions to the challenge as part of his research at the University of Cambridge.

The rowers hope to raise £20,000 to build a new primary school in in Nepal.