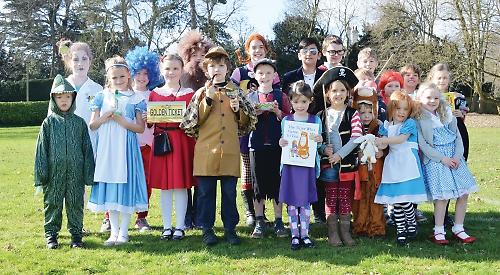 The children were invited to come to school as their favourite literary character for the event on Thursday last week (2).

They included figures from a range of books including the Harry Potter series, Charlie and the Chocolate Factory by Roald Dahl and Dr Seuss’ The Cat in the Hat.

Parents also came in to read to the children, while groups of youngsters could follow one of the teachers for the day, who would then read them their favourite tales.

Reading coordinator Mel Gadsby said: “We are celebrating reading and we are also having a lot of dads come in to read so we have male role models.

“The costumes are amazing, so much effort has gone in to making them and lots of the children have brought their favourite book with them as well.”

1703020: Pupils at Trinity Primary School in Henley dressed up for World Book Day