Confessions of a parish councillor 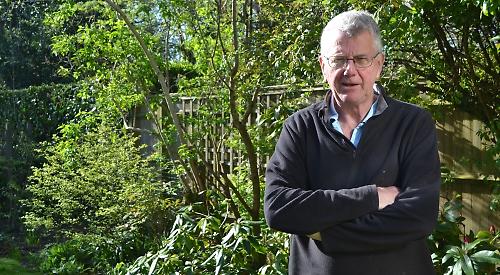 AN author has penned a book on English villages with a chapter dedicated to his own.

Tom Fort, who lives in Sonning Common, investigates the true essence of village life in The Village News: The True Story of England’s Rural Idyll.

The book includes a chapter on the village where he lives and is a parish councillor.

He recounts witnessing battles in the village hall during council meetings and making excuses to leave meetings on the village’s neighbourhood development plan.

He also stressed the importance of keeping it separate from Reading.

Mr Fort, 65, came up with the idea while considering a follow-up to his 2015 book Channel Shore, which was about towns and people on the South Coast.

“I was thinking about going through the misery of it again,” he said. “It’s not really a misery but it consumes your life and I thought I was too young to do nothing.

“One of the things I knew about was living in and experiencing villages. You often read in the Daily Mail about village life dying out but that has been proclaimed for the last 100 years.

“It’s obvious to me from where I live that it wasn’t dead but it had changed.”

Mr Fort, who grew up in Twyford, moved to Kidmore Lane in Sonning Common 22 years ago.

He now lives in Wood Lane with his wife Helen, a BBC journalist, and their two children Rosie, 16, and Katie, 14.

In the book, he tells how the village has grown.

Sonning Common was first mentioned in Kelly’s Directory, a countywide listing of tradesmen by towns and village, in 1906.

It became its own parish when it separated from Eye & Dunsden in 1952.

For his research, Mr Fort visited the villages of East Hendred, near Didcot, Eversley in Hampshire, Slad in Gloucestershire and New Earswick in North Yorkshire. He would cycle around, chat with locals and often stay at the village pub.

He left writing the chapter on his own village until last.

“You have to be careful when writing about the place you live because you want to go on living there with the people you are writing about afterwards,” said Mr Fort.

“I wasn’t focusing on the personalities but more the process of village life. Then I did a bit about the parish council.

“I look back and hope it doesn’t cause offence to anyone on the parish council, most of whom I like and admire.”

Mr Fort recounts how he was
co-opted on to the council in 2011 after chatting with Councillor Chrissie Philips Tilbury when picking up his children from Sonning Common Primary School.

He was sceptical, having covered parish council meetings as a newspaper reporter, and said he had expected it to be “an arena of vacuous windbaggery”.

Instead, he walked into an 18-month feud between councillors which resulted in the resignation of former council chairwoman Patricia Hughes. Mr Fort said: “Speaking as former journalist, it is always much more interesting if there is a row rather than everyone putting their hand up and saying how marvellous it is.

“There was a degree of hostility and anger at those meetings, so there were some amazing rows. I remember one involving Chrissie over money for raised beds.

“I once told her about shooting a pigeon with an air rifle out of my back window, then taking the feathers off and cooking it. She thought I was utterly disgusting! I think we do a much better job than before but it is less exciting.”

Mr Fort said one of the problems that Sommon Common continued to face was the growth of Reading towards it.

In the book, he calls it the “tentacles of the octopus”.

He said: “The single biggest danger to Sonning Common is not housing estates suffocating Sonning Common but the closing of the gap between the village and Reading.

“There is not incredibly beautiful countryside there but it’s a lung that enables the village to breathe.” During his reseach he found that more villages were mobilising to stop unwanted development.

“People are very watchful and are becoming more aware of what’s going on compared with only four or five years ago,” he said.

He cited Sonning Common as an example after more than 100 villagers protested at a meeting of South Oxfordshire District Council’s planning committee as it considered an application by Gallagher Estates to build 95 homes on land off Kennylands Road.

Mr Fort spoke at the meeting in opposition to the application, saying it went against the village’s neighbourhood plan, which earmarked the land for just 26 homes.

Mr Fort, who helped write the neighbourhood plan, confesses in the book that he would make excuses in order to leave meetings. These included seeing his wife and making dinner for his children.

He said: “It was bizarre because you stick your hand up at a meeting when you have no idea what you’re going to be doing.

“In the end I found it very enriching episode in my life. I was by far the least dedicated member of the team but we got a good result and I continue to believe we made a difference.”

l The Village News is published by Simon & Schuster and costs £14.99. It is available from the Bell Bookshop in Henley.