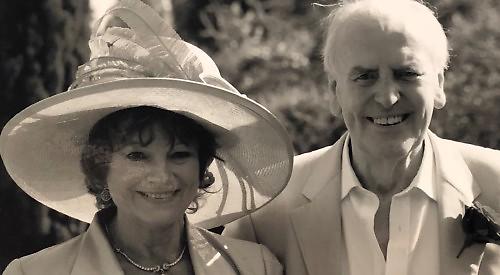 She had been fighting an autoimmune condition but lost her battle at the Royal Berkshire Hospital in Reading on Friday.

Mrs Cole was the second wife of fellow actor George Cole and they lived together near Stoke Row.

Cole, who was best-known as the crooked car dealer Arthur Daley in the TV series Minder, died in 2015, aged 90.

The couple met in 1966 when they auditioned for a play called The Waiting Game and were married the following year at Henley Registry Office.

Mrs Cole was known in her own right for her TV performances which included Armchair Theatre (1956) and Thursday Theatre (1964). She worked with comedy stars including Norman Wisdom, Benny Hill and Eric Morecambe and Ernie Wise.

Then she decided to devote her life to her family, becoming a stepmother to her husband’s two children from his first marriage, while also having their own children, Tara and Toby.

Later, she wrote and produced sold-out shows at the Kenton Theatre in Henley and at the Mill at Sonning.

More recently she ran a shop, Vintage Turnaround, in Henley for three years.

She closed the business in 2017, saying she was “knocking on a bit”.

Mrs Cole is survived by her children Tara and Toby and her grandchildren Harry, Amelia and Thomas.