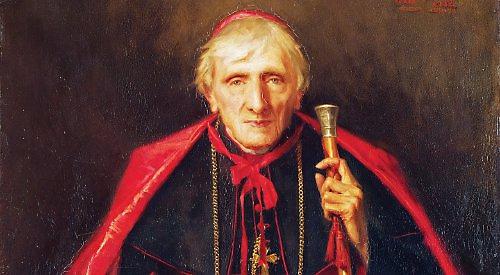 A TEENAGER from Fawley attended the canonisation of the first British saint in more than 40 years.

Max Nugent was among about 50,000 people who gathered at St Peter’s Square in Rome for a papal mass to mark the canonisation of the Catholic theologian Cardinal John Henry Newman.

The 17-year-old flew to Italy with five classmates from the Oratory School in Woodcote, which Cardinal Newman founded in 1859, together with headmaster Joe Smith, head of sixth form Stephen Burrows and chaplain Father Kenneth Macnab.

Also present were two pupils from the Oratory Preparatory School in Goring Heath, its headmaster Robert Stewart and several governors.

Two days before, the pupils served as sacristans during a celebratory mass at the Basilica of Saint Mary Major in Rome, which was led by the Archbishop of Birmingham, the Most Rev Bernard Longley.

The next day they did the same during a thanksgiving mass at the Archbasilica of St John, which was led by the Archbishop of Westminster Cardinal Vincent Nichols.

Max bore the cross while two others beside him carried candles and the preparatory pupils carried bread and wine.

Max, who lives with his parents Neil and Samantha and siblings William, 16, and Purdy, 11, joined the Oratory when he was 12. Now he is school captain and serves as sacristan at chapel services.

The boys learned they would attend the canonisation ceremony when it was announced in February.

The two-and-a-half hour service was delivered in Latin by Pope Francis before he was driven among the crowd in his armoured car.

He made eye contact and waved at the Oratory pupils as they held a banner bearing the school's name and motto “cor ad cor loquitur”, meaning “heart speaks to heart”, which was Cardinal Newman’s motto.

The service was attended by the Prince of Wales, who afterwards gave a speech praising Cardinal Newman as “a fearless defender of the truth whose impact on the world was as profound as it is enduring”.

Max said: “From the moment I joined the school we were always learning about Newman’s life and accomplishments so it was amazing news to hear he would be canonised and I was so excited to be able to attend.

“They weren’t expecting so many people to turn up and the crowds were so big that lots of people had to stand because he was such a popular figure with so many people.

“There were so many nationalities present and the atmosphere was indescribable.

“I was so proud to be involved in the ceremonies surrounding it as one day I can take my children and tell them about it.”

Cardinal Newman was ordained an Anglican priest but later converted to Catholicism. His writings and lectures helped to reverse the prejudice which had existed against the faith since the Reformation. He died in 1890, aged 89.

He was made a saint after the Vatican recognised two miracles in which people recovered from serious illness after praying to him. Both attended the ceremony in Rome.

The last Briton to be canonised was Scottish martyr John Ogilvie, who was hanged in 1615 and made a saint in 1976.