Seven years on, Nissan's Juke won't be boxed in 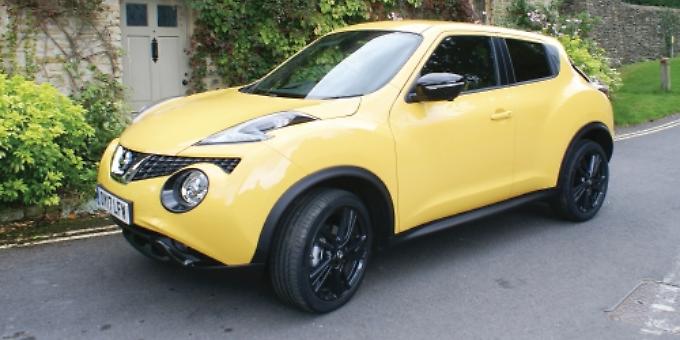 THE Nissan Juke has been with us now for around seven years, yet in that short time it has made an impact on British roads.

I thought when I first drove it that it was a car that would have its fans and possible detractors, simply because of its instantly recognisable and distinctive design.

Almost 800,000 Jukes have been sold in Europe as a whole since the car’s launch. I have driven most of the Juke range and have always found the car a good drive.

The UK range consists of seven trim grades with high equipment levels throughout.

Indeed, I was pleasantly surprised this week that the Juke I have been driving had a very high standard of interior trim.

Alloy wheels and air-conditioning are standard across the range, along with front and rear electric windows and electric door mirrors.

Nissan says “there is now even greater opportunity for owners to stamp their personality on their Juke, with a new personalisation programme called Nissan Design Studio, offering a range of new colours and interior and exterior themes”.

The Design Studio interior personalisation pack allows for brightly coloured inserts to be added, free of charge on Acenta Premium and Tekna.

With a choice of black, red, white or even bright yellow you can change the centre console, door finishers, air vent rings, and even the stitching of the gear knob, steering wheel, and seats.

Depending on the model, there are two styles of fabric for the seat upholstery — Premium cloth on Acenta Premium and leather trim on Tekna, the latter of which I found very comfortable and appealing. The exterior pack also comes equipped with the choice of the four new colours — red, white, black and yellow — with customisation options available for the mirror cap covers and headlamp finishers right through to the front and rear bumper finishers.

The new Juke’s latest colour palette of red, white, black and bright yellow can be customised on to the
18-inch alloy wheels to coordinate with the rest of the new styling options.

The Juke’s updated package includes a new design at the front and rear with more emphasis on both refinement and sporty design.

The Juke is part of Nissan’s pioneering range of three crossovers. The crossover Qashqai is currently Europe’s best-selling crossover. The range is completed by the excellent new Nissan X-Trail, a five or seven-seat vehicle.

Nissan pioneered the use of in-car cameras to improve driver safety. In 2002 the Primera became the first European production model from any mainstream automotive brand to feature a reverse parking aid — then called Rear View Monitor. The rise in popularity of dashboard cameras in recent years has been dramatic. So Nissan has just unveiled its latest innovation for drivers with a sense of adventure called JukeCam.

This is the world’s first integrated multipurpose 360-degree dashcam that transforms in seconds into an action sports camera.

Two bespoke mounts — one integrated into the dashboard of a Nissan Juke crossover, and another attached to a helmet — mean that JukeCam is perfect for filming every aspect of the driver’s life. That could be life on the road, where dashboard cameras can help reduce insurance premiums and settle claims. Or it could be, says Nissan, life on the slopes, in the air, down mountain trails or on any other adventure where a first-person action camera is part of the kit list.

Nissan JukeCam is a technology concept that’s been developed in conjunction with 360fly, a manufacturer of 360-degree cameras.

The fully integrated JukeCam has an “always-on” recording capacity of three hours when used as a dash-cam, allowing journeys to be recorded should the footage be required for an insurance claim.

Once JukeCam is detached from the dashboard-mounted base to be used as an action camera, the battery will last for up to two hours.

Helen Perry, Nissan Europe’s chief marketing manager for the Juke, said: “JukeCam was born out of a desire to create a camera product that fits with the active lives of our customers. It’s perfect for use on the road as a dashcam, but versatile enough to be easily removed to create amazing 360-degree first-person footage of their adventures.”

• Around View Monitor makes life safer and easier for drivers