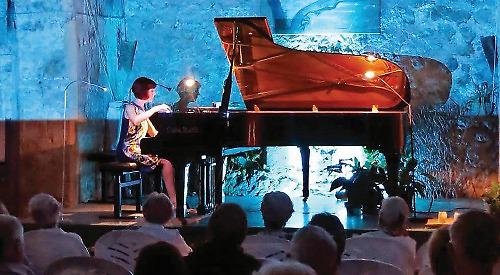 A NEW work by a leading Dutch composer is to receive its UK premiere at Queen Anne’s School in Caversham next month.

The Gift of Song by Joep Franssens is a work for two pianos — one pre-recorded and one live.

It is set to be performed at the Henley Road school on Tuesday, October 3, at 7.30pm — with Henley-based classical pianist Anita D’Attellis playing the live part.

Franssens, who lives in the Netherlands, is understood to be flying over especially for the performance.

Also featuring in the programme for the evening is Piano Counterpoint — the pianist Vincent Corver’s arrangement of the American composer Steve Reich’s 1973 minimalist work Six Pianos.

This will likewise feature prerecorded material played against one live piano part.

Although Franssens’s multifaced musical style does not make it easy to classify him, he is often regarded as the Dutch representative of the so-called New Spirituality.

In his music, Franssens aims to express the universal — his sources of inspiration are to be found amongst writers and philosophers like Fernando Pessoa and Baruch de Spinoza.

Bringing to bear a rich tonal language, his music evokes strong emotions among the public, whether specialised listeners or those previously unacquainted with contemporary classical music.