Unsigned singer is taking a leaf out of Tyrion's book 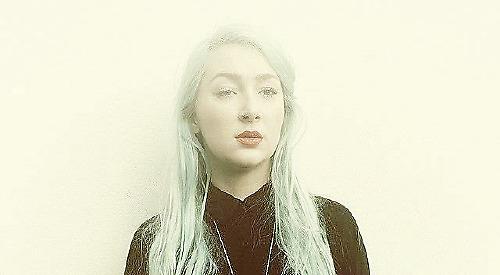 A SINGER-songwriter from Sonning Common has beaten thousands of other acts to be nominated in the “best female” category at this year’s Unsigned Music Awards — popularly known as the UMAs.

A graduate of Warwick University, where she read of art, Siobhan O’Flaherty-Hilder was until recently on the staff of kitchen and furniture makers Griggs & Mackay in Church Road, Caversham.

Like many other up and coming musicians, she had been happy for her creative life to be backed up by the security of a day job.

But two months ago Siobhan, 29, had a sudden epiphany.

A fan of the HBO drama Game of Thrones, she found herself watching a YouTube interview with the actor Peter Dinklage, who plays Tyrion Lannister in the show.

“It was about how he had a normal day job until he was 26 and some other people were saying you can’t do this, you can’t do that — and he just decided to quit his job. That kind of urgency made every door open for him. And I was watching it going ‘No way. That sounds good. Maybe I could do that?’”

Galvanised by the experience, Siobhan decided to go all in.

“I handed in my notice and I said I can’t do this — I either have a career in interior design or a career in music. That’s it! I’ve got to open myself up to every opportunity now. I have to really give it my all — the next five years are really important.”

Having made a leap of faith, it wasn’t long before things started to happen for Siobhan.

“That day that I handed in my notice, I think that’s when I got an email through notifying me that I’d been put up for this best female award. And I was like ‘Oh, that’s a bit funny. One door closes, another opens.’ And then something else happened — I think someone asked me to just play at a gig.

“I think as soon as you believe in yourself, things start to happen. I was holding the security of my day job because that was getting me by. And just saying goodbye to that kind of security has put me at another level, I think. So far!”

Siobhan’s musical journey started as a child — “I’d be singing the garden to myself and my friends” — but it was only once she was at university that she began to take her creative side slightly more seriously.

“I loved my subject but I much preferred going to the local open mike nights. Or with the poetry society — they had open mike nights and you could perform stand-up and poetry. And there were society balls where they’d always ask me to be in the band that played.”

Siobhan’s proficiency in music dated back to her schooldays, when she studied classical guitar, piano and flute. As a singer, she achieved grade eight at the age of 15, earning a distinction.

As a pupil at Cranford House in Wallingford, she regularly performed at school concerts, becoming increasingly comfortable in front of an audience in the process.

“At it was like ‘Oh, she’s good at it, let her do it. Right, let’s promote the school!’ The good pupil. But you never really do it off your own bat — it’s always like they tell you to do it.

“But at it was more like I went out and actually enjoyed it. So I thought, I’m going to do this for me now, not just for school.

“I was classically trained, so I was always singing opera. And when I got to uni I was like, oh no, I’ve actually discovered what kind of music I actually like!” Just as she had begun to find her way, however, Siobhan’s life was turned upside down when her father Patrick was diagnosed with bowel cancer in his late fifties.

“That was in my second year and that really did take my focus a lot off my studies because I was coming home most weekends. My studies took a back seat but I still managed to get a 2:2, which I was quite happy with.”

Having increasingly immersed herself in music, Siobhan enrolled on a one-year postgraduate course at the Brighton Institute of Modern Music.

“I had found that classical was quite restricting, and going down the blues route or the rock route, and soul, that was what really gave me the goosebumps — so I decided to go and study there.”

Recalling her time in Brighton, she adds: “Music was my distraction and my saviour. I was the ‘yes’ girl working every day with different artist, producers, doing everything I could to open myself up to find my sound — to find myself.”

In the background, however, her beloved father’s health was deteriorating. When the end came, Siobhan was devastated.

“I moved back home and I was severely depressed. It was just like nothing really was worth getting up for. It was a bad time. I wasn’t creative. I was way too depressed to be able to actually put what I was thinking down into words. It was just an absolute block.

“So I thought, oh, I’ll go to London. I’ll do the city thing. I’ll get a job in the city. And I put [music] to bed because maybe it reminded me too much of my dad and I just wanted to block everything out and just function as an adult.”

The next two years saw Siobhan forge a career as a business development executive with Pareto Law, during which time she more or less shut music out.

Eventually, however, she says she was unable to deny what it was that she really wanted to do with her life.

“My parents didn’t really want me to go down the music route because it’s very difficult and it’s a struggle and you’re lucky if you make it into getting popular within the session scene, you know?

“But then when my dad was ill he was saying that he’d spent most of his life working so hard at a job that paid well — but he didn’t really like it.

“He was a studio engineer for a television company. He was quite amazing, but it still wasn’t his passion. And it just makes you if your time is short here why waste it on something just because it earns you money? Like, that’s not everything.”

When it came to rediscovering her passion for music, Siobhan also had a little help from her friends.

“Luckily my friend Lauren was like, ‘You need to go out, have some fun. I know this great bar in Camden. It’s really cool. The people who perform there are awesome.’

“I was like ‘Okay’ because she went to BIMM with me and she moved to London to go and study at Roehampton — creative writing. She was still being creative and I wasn’t. Writing every day.

“We went to this bar — the Spiritual Bar — and I mean the music there just completely reawakened me — it was like a light went on inside.

“The owner of the bar, Rafael, started talking to me and then got me up on stage. And it was like, ‘Right, I’m going to record you.’ And he recorded me and he put it up on YouTube and then he was like, ‘Right, when are you coming to do your next gig?’ He basically knew that I needed to be kind of like pushed because I was a bit like taking a back seat. Didn’t really care about life, to be honest.”

Today, with her drive to create once again roaring at full throttle, Siobhan able to reflect on how her father’s passion for music transmitted itself.

“He didn’t play any instruments. He came from a very, very poor family, but he loved music. I’ve got some of his bootleg vinyl — Jimi Hendrix, Queen, Fleetwood Mac, AC/DC — he was really heavily into that. Even Joni Mitchell. And then Celine Dion! God, he went through a Celine Dion phase!” she laughs.

Having made the decision to commit to music full-time, Siobhan has moved back home to live with her mum Colleen in Woodlands Road.

For the past she has been writing with her guitarist and close friend David Kemp, who she met at BIMM. The pair just finished recording her new but as yet untitled EP — the follow-up to last year’s Breathe — which will be released in November.

The same month will see Siobhan perform live at the Reformation pub in Gallowstree Common, where she is organising a charity concert in aid of Sue Ryder — the charity’s Nettlebed hospice having cared for her father in the latter stages of his life.

This will take place on Friday, November 24, from to midnight. Entry is free and the event will also feature spoken word poetry, with a share of the proceeds going to the pub’s chosen charity, Marie Curie.

In the meantime, Siobhan is hoping Henley Standard readers will back her bid to be named “best female” in the 2017 Unsigned Music Awards, which are sponsored by Vocalzone. Anyone wanting to listen to her music can find it on SoundCloud and YouTube.

Siobhan said: “To be nominated was a complete shock as I have recently been concentrating on writing with Dave. It’s always good to feel like your hard work has not gone unnoticed. Gigging is the easy bit. Finding yourself, writing, getting right fit with musicians is what takes time, but to know there is someone out there watching and supporting you along your journey fills me with joy.”

Voting opens on Monday (October 9) and runs until Sunday, October 15. To cast a vote for Siobhan, visit www.vocalzone.com/vote