Duo rocking up for pub reunion 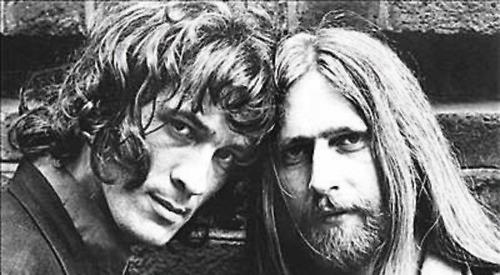 VETERAN rockers John Otway and Wild Willy Barrett are reuniting for a gig at the Crooked Billet in Stoke Row later this month.

The pair, who both hail from Aylesbury, released their first single together, Misty Mountain backed by Gypsy, in 1972.

They later found fame — and notoriety — on the back of punk rock and a gymnastic performance of their 1977 hit Really Free on BBC2’s The Old Grey Whistle Test that saw Otway accidentally knock over an entire speaker stack, narrowly avoiding injury.

Crooked Billet chef proprietor Paul Clerehugh said: “These days Otway does less of the acrobatics but is none the less riveting to watch, while Barrett cointinues to come up with new and outlandish musical instruments including a wah wah wheelie bin and a ‘bagpuss’.”

The concert takes place on Tuesday, August 28. The Crooked Billet’s full regular menu will be available on the night, with a music cover charge of £24.