£5,000 classic car stolen while in garage for MOT and repairs 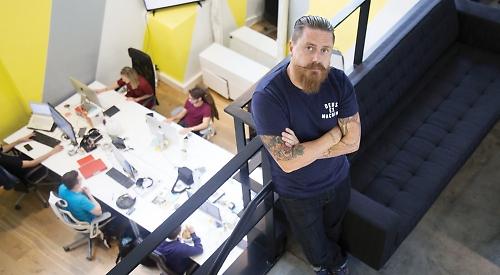 A CLASSIC car owner is fuming after his “pride and joy” was stolen from a garage where it was being repaired.

Matt Bennett’s 1984 Jaguar XJ6 was taken while it was on the forecourt at Stoke Row Garage in Main Street on March 30.

He had dropped off the cherry-red car three days before for an MOT but the mechanics found it needed some work in order to pass.

Mr Bennett, from Park Corner, near Nettlebed, called the garage on March 31 to see if it was ready for collection only to be told the staff thought he had already picked it up later the previous night.

He said: “They said someone had come and picked it up at 11.25pm, which they saw on the CCTV.

“I thought they were joking. I could not believe that someone could walk on to their forecourt, take my car and they would not phone to check it was me.”

The car is worth about £5,000 as it has a full service history and relatively low mileage.

Mr Bennett believes it was targeted for parts.

He said: “This isn’t the type of car you steal to grind off the chassis number and drive yourself. You nick it to sell parts for money or keep for parts because you’ve got one.

“The thief was someone who knew what they were doing as they were able to hotwire the car in a minute.

“The CCTV footage is very dark but if you look you can see someone walk up to the car. You can see the light go on and someone get in. Then about a minute after they get in the car sparks into life.

“How can you just walk up and steal someone’s pride and joy? They’re doing it for their own ends.

“The guy at the garage apologised and said he was gutted and that this had never happened before. It will do damage to the garage’s reputation.” Mr Bennett is now having difficulty making a successful insurance claim as the car did not have a valid MOT certificate, which means his insurance might have been invalidated.

He said: “It’s a grey area. I might have to take it up with the garage because the insurance company won’t pay out.

“It’s only a little garage and they’re very friendly but I need to get my money back.”

Mr Bennett, the creative partner at an advertising agency in London, bought the car from a dealership in Hertfordshire three years ago.

He paid £2,750 but believes its value has doubled as a result of his restoration work.

Mr Bennett said: “The car had been in the garage for the winter and I was getting it ready for summer driving.

“It’s a great car, in beautiful condition, and has a bit of character about it. It’s lovely to drive and I just wanted to keep it on the road rather than see it go on the scrapheap.”

Mr Bennett said he had reported the theft to the police but claimed they had been “useless”.

He said: “I spoke with an officer the weekend after it was stolen who said he was going to call on the Friday as he was off for a few days.

“I asked if he could pass it on to another officer but he said he was too busy. He still has not rung me so I don’t know what’s going on. I don’t know if they’ve contacted the garage for the CCTV.

“I know it’s not a serious crime but this is Henley and there are not many serious crimes so I would expect the police to have done more than they have.”

Mr Bennett has alerted some Jaguar car clubs and enthusiasts to ask people to keep an eye out but is resigned to not seeing the car again.

“I don’t expect them to find the car,” he said. “It has probably been broken down into parts or is being kept in a garage of someone who has a similar car and will cannibalise mine for parts. The parts for the car are rare.”

Jeff Oates, general manager of the garage, said: “We have apologised to Mr Bennett and will be working with police to help their investigation. We have CCTV for them to view when they come to see us.”

Police confirmed they were investigating and appealed for information.