Increase in demand for food bank during corona crisis 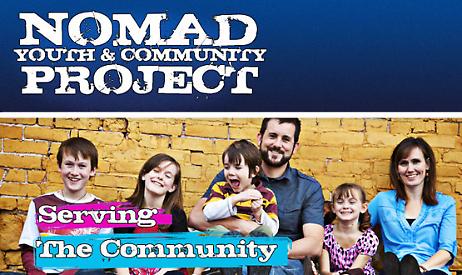 A HENLEY charity has experienced a huge increase in demand for food parcels during the coronavirus pandemic.

Nomad, which is based at the d:two centre in Upper Market Place, has been able to provide meals and cleaning products to vulnerable people thanks to donations from the community.

Between March 23 and the end of May the food bank delivered 474 food parcels, representing 1,137 bags of food, which supported 696 adults and 370 children.

In May alone, 209 food parcels were distributed in Henley and the surrounding parishes, compared with just 24 last year.

During March, a total of 93 parcels were handed out compared with 19 last year.

The charity is a youth and community project and many of its services have had to be halted during the pandemic.

However, this has given the team more time to focus on sorting and delivering food parcels to people in need.

Tim Prior, youth and families team manager, said: “We have been amazed by the rapid and very generous donations of food and finances for the food bank from individuals, streets and local groups and organisations.

“We have an army of incredible volunteers helping with deliveries and willingly collecting and dropping off food each week, which has enabled us to meet the demand.

“It amazes me when I see the volumes of food going out each week and then almost immediately it being replaced with food donations coming in again.

“It has been fantastic to witness and people’s kindness has been very evident. It has been the most challenging year for the food bank but that is just one part of what we do.

“Because a lot of our other services have been put on hold, we have been able to resource it appropriately with existing staff.

“It has been really good to see people getting behind the food bank.”

Food parcels are delivered twice a week, typically on Tuesdays and Thursdays, and contain a range of staple food items as well as some cleaning products.

However, the contents of a parcel will vary depending on how much Nomad has of particular items and how many people live in each household.

The charity will try to include tinned food, pasta, rice, long-life milk, cereal, biscuits and toileteries.

Mr Prior said the charity had been able to cope with the extra demand and would continue to post updates on its Facebook page to tell people what they are short of.

He added: “It is a delicate balance because a huge amount of food is going out, but we are also getting a lot of donations.

“We have a good amount of food coming in every week. We have a huge collection from Binfield Heath and Shiplake each week and the collection point at Tesco in Henley.

“Requesting extra items through Facebook has worked really well for us and we are keeping up with demand, which is really positive because many food banks have struggled with donations during this time.

“We are limiting the number of people that can enter the building and all food deliveries are left at the door.

“We have taken over a second larger room that is bigger than our food bank room and we sort it and pack the bags in a safe way to keep our distance from each other.

“In the last couple of weeks, we have had some volunteers who have helped us with deliveries.”

The charity has a team of four staff members who sort the items into food parcels. These are left in the café area and taken away by a team of six volunteer drivers to minimise contact.

The service is available to families and individuals in need who were encouraged to contact Nomad.

Mr Prior said: “I wouldn’t say there is a stigma but sometimes people don’t want to reach out. We have had some referrals for people who have been struggling.

“We have countless volunteers who are collecting food for us each week. We make sure we are cleaning regularly and following all the guidelines on personal hygiene.”

It is one of Mayor Ken Arlett’s chosen charities of the year as it was last year before his re-election last month.