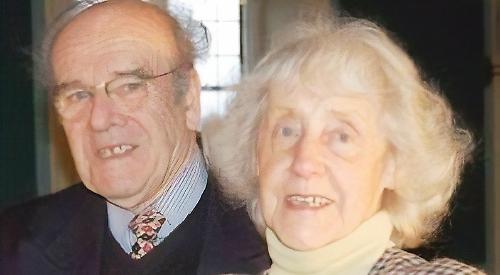 A MAN who managed Henley’s old Regal cinema for more than three decades and helped to shape its replacement has died.

Gordon Mintern, a widower who lived in The Close, off Greys Road, Henley, passed away on December 16, aged 96.

Before he came to Henley Mr Mintern had been working for the Regal’s former owner Odeon at another cinema in the Midlands but didn’t enjoy this because of the distance from his native Bristol.

He was then offered a job in Jersey but this did not last as the work was seasonal.

He then learned of the vacancy at the cinema in Bell Street, Henley, and was attracted by its 1,000-seat capacity.

He was appointed in 1952 and remained in post until the cinema’s closure in 1986.

Mr Mintern and his wife Dorothy, who died in February 2016, moved to the town to run the cinema together.

The cinema, which was built in 1937, shut because Waitrose wanted to knock it down and build a larger supermarket to replace its premises next door.

Mr Mintern was set to retire by then as he had reached the age of 65 but he continued to show films at the Kenton Theatre in New Street using a single projector.

Waitrose agreed to change its plans in 1992 amid public outcry including a campaign supported by George and Olivia Harrison, of the Friar Park estate, who joined a protest against the demolition. The company proposed building a two-screen complex in Boroma Way with shops on the ground floor and Mr Mintern advised adding a third screen after the shops were removed from the scheme.

The old cinema was knocked down in 1993 and its replacement opened in 1997 with a gala showing of The Crucible followed by screenings of Jerry Maguire, Mars Attacks! and Matilda.

Speaking to the Henley Standard in 2017 to mark the 25th anniversary of the campaigners’ victory, Mr Mintern said: “It was all very sad when it closed, very sad.

“I think it was a question of money. Waitrose made a big offer for the site so the company decided to sell. It was a fantastic old building but things change, don’t they? People used to come to the cinema every week but now they shop for a film they want to see.”

The Minterns also hosted the popular Sunday afternoon organ concerts at the cinema and at Henley town hall after the closure.

They founded the Henley and District Theatre Organ Trust in 1971 and Mr Mintern served as chairman with his wife as secretary.

The couple brought many high-profile organists to the town, including Reginald Dixon, a former theatre organist at the Tower Ballroom in Blackpool.

When the Regal shut, they persuaded the town council to install a dual-purpose organ in Queen Elizabeth II Hall at the town hall.

The trust’s concerts continue to this day and the organ is regularly used at fund-raising events and civic functions. Former Henley town councillor Elizabeth Hodgkin, who was mayor in 2009/10 and 2012/13, met Mr Mintern when she joined the Regal as a teenage usherette in the Sixties and the pair stayed in touch.

She attended several organ concerts in her two mayoral years and regularly spoke of their benefit to the community.

She said: “I remember him and his wife very well from working at the Regal in the school holidays.

“He would wear a dinner jacket every single night while greeting visitors because in those days going to the cinema was a special occasion and you were expected to dress accordingly.

“He was very old-fashioned that way and I remember him being very strict — you turned up on time and you made sure you did your job properly. I did several jobs at the Regal and depending on how much ice cream I sold he might let me have 10 per cent of the money.

“He had very high standards and I think the world is very different now. He always called me Elizabeth, never Liz, and would always tell people I’d been an usherette even when I was mayor!

“He was also instrumental in keeping the organ concerts going and I tried to promote them as much as possible.

“I was very sad to hear of his passing as Henley has lost another real character but I am pleased that he lived a good, long life and left a legacy for the community.”

The couple had three children, two of whom now live in Canada, as well as eight grandchildren and 10 great-grandchildren.

Mr Mintern’s funeral will be held at Reading Crematorium at 9.45am on February 22.