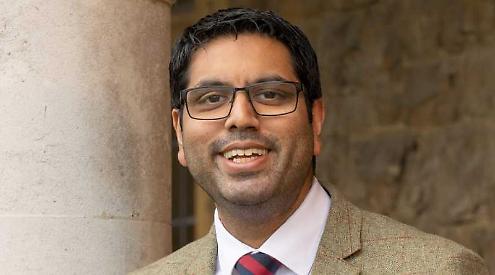 THE new headteacher of the Oratory Preparatory School in Goring Heath says he is “incredibly excited” to be taking on the role.

Andrew De Silva, who is currently head of the junior school at St Edmund’s School in Canterbury, will take over from Rob Stewart in September.

A school spokesman said: “Andrew brings with him a wealth of experience, honing his skills through headships in both the state, maintained and independent sectors.”

Mr De Silva, who has a master’s degree in educational leadership and management, said: “This is a very exciting chapter and I am passionate about continuing to develop this excellent school and work with all stakeholders.

“I have a particular passion for creating educational landscapes which meet the needs of the children in our care and the future world they will lead.”

He will be joined at the school by his wife Nicola, who is an IT professional, daughter Florence, who will join the nursery when she turns two, and eight-year-old son David, who is a chorister at St Paul’s Cathedral.

Mr De Silva is chairman of the Independent Association of Preparatory Schools District 2 and also chairs the new  Equality, Diversity and Inclusion Group.

Mr Stewart, who has been headteacher since September 2016, said: “I am thrilled that I will be succeeded by a head who shares the vision and ambition of our founder, St John Henry Newman, to develop the character, skills and values of all the pupils and inspire them to make a difference in the world.”

The Oratory Prep is a Catholic day and boarding school for boys and girls aged two to 13 which became part of the Bellevue Education Group in 2019.