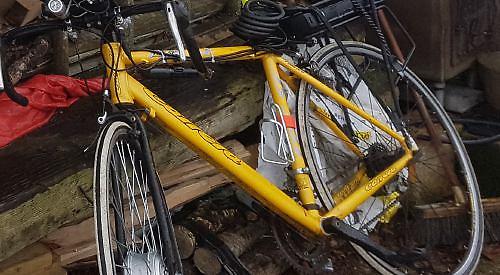 A COUPLE have had their stolen electric bikes returned.

Jessica and Nic Sinclair, from Henley, appealed last week for the safe return of the machines and offered a “substantial” cash reward.

As a result, they were told of their whereabouts. Mr Sinclair posted a message on Facebook saying the bikes were badly damaged with parts missing but thanked people for helping.

The couple had secured the bikes to a bench in Mill Meadows overnight on January 25 while they stayed on a houseboat moored on Rod Eyot Island.

The machines were both secured to the bench with a lock and locked together with a heavy duty Litelok.

When the Sinclairs woke up the next day they discovered the bikes were missing.

A 28-year-old man from Henley has been arrested on two counts of suspicion of theft. He has been released on police bail until March 6.