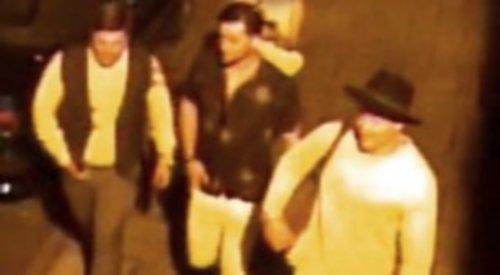 POLICE have released a CCTV image of men they would like to speak to in connection with a rape during Henley Royal Regatta weekend.

They are appealing for people who may have seen the trio between midnight and 2.30am last Sunday (July 2).

The victim, who was in her twenties, was attacked after leaving the Chinawhite nightclub, off the towpath on the Remenham bank of the Thames.

The woman walked to a car parked near Harspden Road and Reading Road with a group of people she had met at the venue. She was then raped outside the vehicle before three men drove off in it.

A member of the public found her near the Three Horseshoes pub in Reading Road shortly before 2.30am and called the police.

Detective Chief Inspector Lis Knight, from Oxfordshire Force CID, said: “The victim is being supported by specially-trained officers at this time.

“We are very keen to speak to the men in the picture as we believe they have vital information about this incident which would help with our investigation. We would also urge anyone who recognises the men in the image to get in touch with us as a matter of urgency.

“If you have any information, regardless of how insignificant you think it may be, please come forward and speak to officers as this could assist with our investigation.”