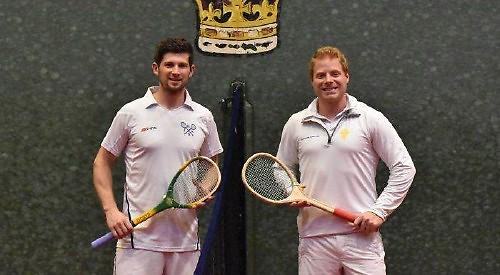 THE Oratory Real Tennis Club will be hosting the first of the World Championship eliminator matches, between World number five Nick Howell, an Old Oratorian, and 2016 to 2018 World champion, Camden Riviere.

The winner will go on to challenge the current holder, Rob Fahey, for the World Championship title.

The eliminator match will be played over two days on Monday, January 27 and Wednesday, January 29 at The Oratory School.

Real tennis is an entertaining sport for both players and spectators and is the game on which modern lawn tennis is based.

There has been a real tennis court at The Oratory School in Woodcote since 1989 and it flourished as one of the major courts in the world, hosting the World Championship in 2006.

There will be a series of events and activities for juniors and adults to engage with the players and to have a go on court in the run-up to the event, with various opportunities to meet the players, hit some balls with them and get some useful comments and tips.

Ronaldson and his team are rolling out a programme to enliven the club; solo and combined training and ‘taster’ sessions, exhibition matches, ladies’ groups, opportunities for older players as well as activities for children keen on racquet sports.