Get ready for Rewind invasion 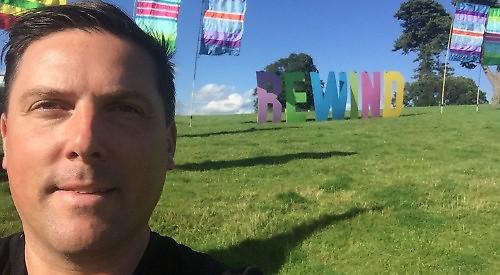 AROUND 40,000 music fans will descend on Temple Island Meadows in Remenham next weekend for the ninth annual Rewind Festival.

The event, a celebration of Eighties pop music, will include performances by Level 42, Gloria Gaynor, Village People, Big Country and Nik Kershaw on Saturday while on Sunday Midge Ure, Status Quo, Kim Wilde and Belinda Carlisle will take to the stage.

General manager Paul Carey, who lives in Henley, said: “There are a lot of big bands this year and many we have not had before. Status Quo are playing on the Sunday so that’ll be great.

“Gloria Gaynor and Village People are performing on Saturday night and that’s your opportunity to get your disco trousers on. It’s great music and, of course, the sun’s going to shine — or we hope it’s going to!”

Among the other attractions will be a silent disco and an inflatable church with a “vicar” in costume and a choir so visitors can take part in a pretend wedding ceremony.

New features include Thriller Live, the first time a West End show has featured at the festival, while Mr Motivator will be first on stage on the Saturday to wake up festival-goers at 1.45pm.

Campers who arrive on the Friday evening will be welcomed by 4 Poofs and a Piano, the house band from Friday Night With Jonathan Ross.

Mr Carey added: “There’s also lots of great food and stalls and stuff to do. We have got a really solid crowd who come back year after year so we’re trying to reach people’s expectations and see as many smiling faces as possible.”