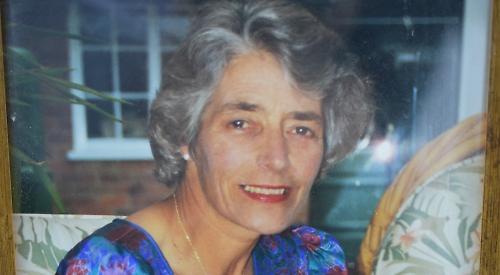 A CHARITY has unveiled a new riding track in memory of one of its founders.

Wyfold Riding for the Disabled officially opened Marcella’s Way during a ceremony at the charity’s base in Lime Avenue, near Wyfold Court, Kingwood.

The track is named after Marcella Skinner, who set up the charity in March 1970 with 16 other people, mainly doctors and staff from the old Borocourt Hospital in Peppard. She died on New Year’s Day 2007.

Her family were invited to cut a ribbon at the ceremony, which was attended by staff.

They included Mrs Skinner’s husband Michael, from Wyfold, son William, grandson Harry, 17, and daughter-in-law Camilla, who live in Cane End. After Mr Skinner had cut the blue ribbon they toasted the occasion with Prosecco next to a new sign for the track and spoke about Mrs Skinner’s life.

They recalled her riding expedition across Mongolia in the early Nineties to raise money for the charity, which paid for a horse called Trooper.

Mr Skinner, whose family company is Savile Row tailor Dege & Skinner, donated £11,000 to the charity to go towards its running costs, which amount to about £40,000 a year.

He said: “I’m very proud. This new track is just the most wonderful thing.”

His son added: “I think it’s lovely to see someone’s efforts being remembered for the hard work that has been put in. She loved the charity and I remember when I used to come and visit on a Tuesday.

“It has been transformed beyond recognition since then into a smooth-running organisation that benefits the people who come here.

“It goes without saying that the volunteers, the people who give up their time, to allow the children and adults to have the experience of riding a horse or carriage, deserve a huge thanks. It’s a wonderful set-up.”

Fundraising co-ordinator Gill Rushworth said she was grateful for Mr Skinner’s donation and that the ceremony was a happy occasion.

The charity provides riding lessons and activities for about 70 disabled adults and children on 12 acres of land. It has about 90 volunteers.