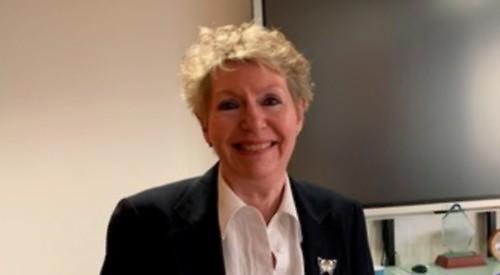 THE Rotary Club of Henley Bridge celebrated its annual president’s handover meeting on Wednesday, June 17 with a Zoom cocktail party.

Malcolm Leonard, the current president, handed over to the incoming president, Annie Lathaen.

The party was a lively affair with an almost incredible sleight of hand when Malcolm handed over the chain of office to Annie.

There was a short résumé of the highlights of Malcolm’s year of presidency since his election in July 2019.

The annual sporting events between the two Henley Rotary Clubs took place. The bowls match was won by the Henley club and the putting competition by the Henley Bridge club.

Malcolm hosted the founder’s night celebrations held by the two clubs to commemorate the founding of Rotary in 1905.

This year they were entertained by guest speaker Stephen Kimber, a past master of the Worshipful Company of Coachmakers and Coach Harness Makers.

To further improve the Henley half marathon and 10km event, which has been organised by the Rotary Club of Henley Bridge for the last 17 years, Malcolm was instrumental in setting up a joint partnership with Henley Rotary Club to manage the event.

The races in October under the new management were a great success despite the most appalling wet weather. The proceeds from the event enabled the clubs to help many charities but in particular to supply a custom made motorbike for SERV-OBN, the “Blood Bikes” charity.

This charity provides a lifesaving service by delivering blood supplies, milk for premature babies and other urgent medical requirements for hospitals.

The clubs were delighted to learn that the charity was recently awarded the Queen’s Award for Voluntary Service, the highest award for volunteer groups in the UK.

The annual Christmas carol evening featured a rousing performance from the Henley Carol Singers and £300 was raised for the the group’s chosen charity, See Saw.

This provides grief support for children and young people in Oxfordshire.

A £1,000 cheque was also presented to Tony Hobbs for the RNLI. This donation came from the surplus of the half marathon and 10km event.

The club enjoyed a varied programme of speakers, entertainers and outside visits but, unfortunately, Malcolm’s year was interrupted by the coronavirus outbreak.

However, the club now holds its meetings on Zoom and has continued its support for charities by donating part of members’ monthly dinner money to the Henley food bank, run by Nomad.

For the months of April and May, the food bank benefited to the tune of £1,848.

The final act of Malcolm’s presidency was hosting the handover meeting. Members were delighted to welcome Judith Diment MBE to speak.

She is the UK national advocacy advisor for Rotary International’s polio
committee.

Judith talked about the effect the coronavirus is having on the polio eradication programme.

The club was delighted to learn that Nigeria (and therefore the whole of the African continent) is about to be certified polio-free.

This means that the only countries still with cases of polio are Pakistan and Afghanistan.

Peter Wilkinson, chairman of the international committee, thanked Judith for her short but very interesting talk.

Annie then took up the chain of office and thanked the club for electing her president for the year 2020/21. She said she thought her year would be a challenge from the beginning given the coronavirus but she was looking forward to supporting the club with all of its endeavours.

The first speaker meeting of the new Rotary year will be Sue Prior talking about the work of the Henley food bank on Wednesday, July 22 at 7.30pm.