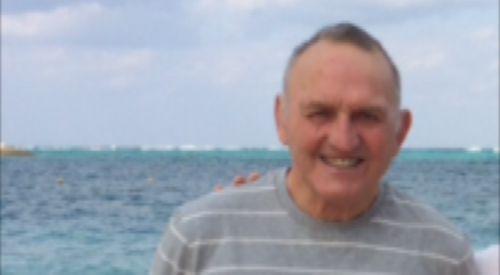 A VETERAN Henley rower died after suffering a suspected heart attack while he was on an ergo.

David Church, 74, collapsed while warming up at Upper Thames Rowing Club in Remenham, where he was facilities manager and had been a member for more than 50 years.

The tragedy happened at about 9am on Friday while he was preparing for a regular outing with the Silvertops, a group of about 30 veterans who row every Friday.

Fellow members and paramedics tried to save his life and Mr Church was taken to the Royal Berkshire Hospital in Reading but could not be resuscitated.

Members of the Upper Thames eight wore black ribbons above the club’s crest on their vests while competing in the Thames Challenge Cup at Henley Royal Regatta on Wednesday. Mr Church, who lived in Earley with his wife Judith, was one of the club’s longest-serving oarsman and represented Upper Thames in the Thames Cup at the 1966 royal regatta.

Mrs Church said: “We’re all devastated at this sudden loss. He was unassuming and quite quiet and didn’t ever want to be the centre of attention.”

The couple had two children, Lisa Smythers and John Church, and two grandchildren, Harry, 16, and Ruby, 13.

Mr Church began rowing in Maidenhead before playing rugby for the town and London Irish. He returned to rowing when he was in his early forties and was passionate about the sport.

He was also a keen historian and visited Vindolanda, a Roman fort near Hadrian’s Wall, every year to carry out archaeological digs. He had only returned from this year’s visit about two weeks ago.

“He will be much missed and our thoughts must be very much with Judith and the family at this sad time.”

Justin Sutherland, club captain and director of rowing, was in Maidenhead training with the eight when he heard the news.

He said: “I got a call saying David had collapsed in the ergo room. I came straight back and, on arriving at the club, saw the ambulance service was there and he was receiving CPR. Clearly, it didn’t look good.

“The Silvertops go rowing every Friday morning and David was rowing with them. He was warming up and when he didn’t turn up to get in the boat people wondered where he was and discovered him in the ergo room. He had already collapsed.

“There are a lot of retired medical people in Silvertops but there was really very little they could do for him. A couple of hours later it was confirmed he was dead.

“Obviously, everyone was in shock because you don’t expect that to happen.

“His influence was tremendous. He always had a smile on his face and a good word to say to everybody.

“When I left the club that evening and saw his car in the car park as I cycled away, it was a real reminder that you’re here one minute and gone the next and we should really try to enjoy our time on the river together.”

Mr Sutherland said the club had debated many times whether to have a defibrillator installed.

“Ironically, David was one of those opposed to going down that route but we're now buying one in his memory so it’s funny how things turn out sometimes,” he said.

He said Mr Church was a “doer”, explaining: “He always put his hand up for getting things done and in a rowing club what you need is people who do stuff rather than talk about it.

“He was vital to our club — he painted the gates, he cut the lawn — he was always down there. Without him, the club simply wouldn’t have functioned and it’s going to be very hard finding someone to take his place.”

Enda Cahill, who is part of the Upper Thames coaching team, said: “David was one of the people who did the heavy lifting and the unseen work in the background that made the club tick. He was always quietly working away and he did it with a smile on his face.

“He was still very active on the water and was looking forward to going out that day. He was just a very gentle soul, a very hard-working man who cared deeply about the club. You can’t picture him without a smile on his face.”