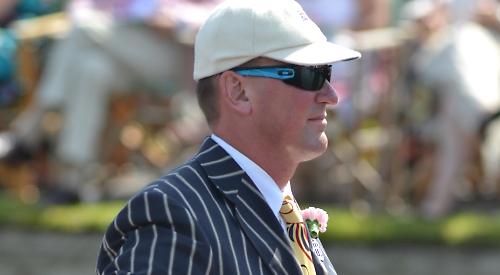 MATTHEW PINSENT has called for this year’s Olympics and Paralympics to be scrapped.

The four-time gold medal winner believes the delayed 2020 event that is due to take place in Japan this summer is unviable as the coronavirus pandemic is still raging across the world.

Sir Matthew, who is a steward of Henley Royal Regatta, says Tokyo should be offered the 2024 Games instead and the Olympic cycle be reset.

This would mean Paris would not be the host nation in three years’ time and the Los Angeles Games would be put back from 2028 to 2032.

In response to a survey that found 80 per cent of Japanese people do not want the Games to go ahead, Sir Matthew wrote on Twitter: “Once again the International Olympics Committee needs courageous leadership.

“The idea of Olympic athletes/officials/delegations getting vaccine priority is antithetical. The risks of an event with thousands of people flying round the world to gather unvaccinated is ludicrous.

“My own view is that the summer Olympic queue should be asked to shift, with Tokyo given the option of delaying until 2024, Paris move to 2028 and LA to 2032. The athletes lose an Olympics but that's looking likelier by the day.”

The British Olympic Association has already stressed that there is no question of athletes jumping the queue when it comes to securing vaccinations.

Vetran IOC member Dick Pound has suggested that those destined for Tokyo might be moved up the priority list in order to guarantee their ability to compete.

However, Andy Anson, chief executive of the British Olympic Association, said no such conversations had taken place with the Government.

He said: “The priority has to be the people who need it most — frontline workers, the elderly and the vulnerable.

“There will come a time, hopefully ahead of the Olympic Games, when the athletes can be considered for vaccination but we’ll only do that when it’s appropriate.”

Neither the IOC nor Tokyo officials have indicated that a vaccination will be a mandatory requirement for those attending the Games.