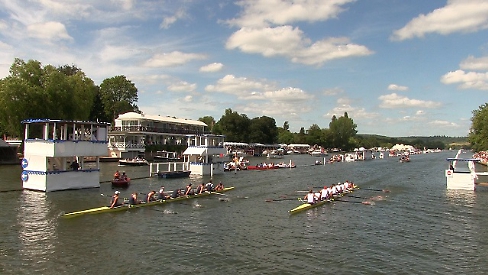 HENLEY Royal Regatta is set to take place in the town from August 11 to 15, subject to coronavirus restrictions.

The committee of management announced on Saturday that the event, which has already been postponed, will take across five days rather than the planned six.

It is the regatta’s intention to include all 26 events, including those planned to be introduced in 2020 and 2021. The committee has also given notice of amended rules to reflect the change in dates.

All rules regarding eligibility for events at this year’s regatta will be applied as if it were taking place on its original dates of June 29 to July 4 and as if the closing date for entries were 2pm on June 14.

Entries for the 2021 regatta will now close at 2pm on July 19. This year’s regatta was moved to August in a bid to avoid a second cancellation in as many years due to the pandemic.

Plans to hold it with limited or even no spectators or to move it to Dorney in Buckinghamshire, where the 2012 Olympic regatta was held, were considered before organisers signalled their intention to keep it in Henley this year.

For more information on this year’s regatta and amended rules, visit www.hrr.co.uk