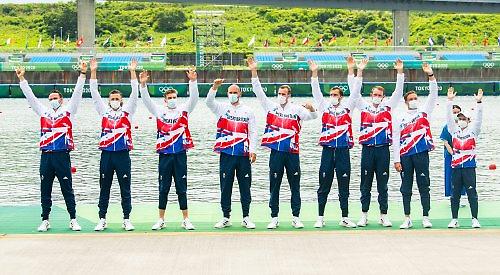 GREAT BRITAIN failed to win an Olympic rowing gold for the first Games since 1980 as the men’s eight took bronze in the final race of the Tokyo 2020 regatta today (Friday).

It was Team GB’s second rowing medal – their lowest total at a Games since the same number at Atlanta in 1996.

Earlier, Leander Club’s Vicky Thornley was edged out of a medal despite a late charge in the women’s single scull.

The 33-year-old, who lives in Bix, finished 0.67 seconds behind Austria's Magdalena Lobnig in the race for bronze.

But Thornley’s fourth place is the highest finish for a British women’s single sculler at the Olympics.

The men’s eight crew were well placed at the halfway stage of the 2,000m race, before New Zealand took control with 500m left.

Team GB's only other rowing medal was the silver claimed by the all-Leander crew of Harry Leask, Angus Groom, Tom Barras and Jack Beaumont in the quadruple sculls race on Wednesday.