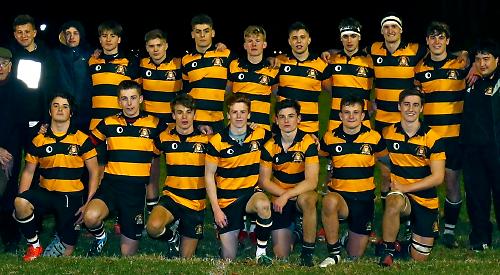 A LATE Charlie Williams try earned the Oratory School victory during their match with St Gerrard’s Bray on their tour of Ireland last week.

The game was played under floodlights on a cold night with a strong wind coming in from the Irish Sea on the ground overlooking Dublin Bay.

In a game of “nip and tuck” the two sides did not spare themselves and played exciting, expansive rugby producing tries from MacRae and Bisdee, for the Oratory to put them in a strong position.

Injuries left the Oratory having to go to uncontested scrums. With five minutes to go the Oratory looked tired and weary and now down 15-13. The visitors gave it one final throw of the dice as captain George Probyn surged up field and following some deft handling, Charlie Williams scored in the corner, for his 10th try of the season, to put Oratory 18-15 ahead.