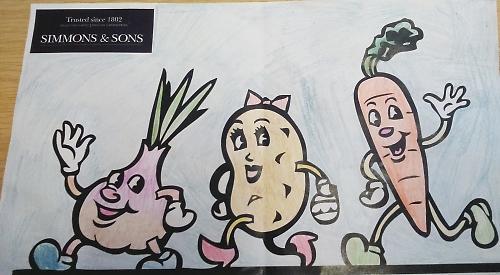 Lily, who lives in Henley, went to the company’s offices in Bell Street to collect her prize of art goodies.

As well as art, Lily enjoys singing and sports, including netball, hockey, tennis and gymnastics.