Runners called 'idiots' after crossing line in front of train 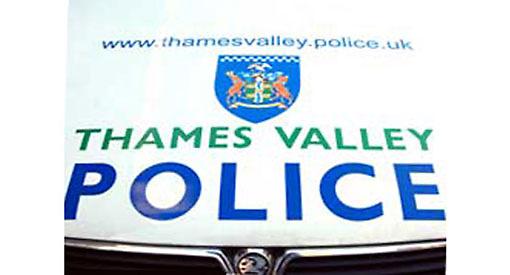 TWO runners risked their lives by crossing the railway line at Shiplake as a train was leaving the village station.

The pair have been branded “idiots” after they ignored warning lights at the level crossing and ran around the barriers after they had dropped.

The incident happened during the ninth annual Thames Trot event earlier this month in which hundreds of people ran 48 miles along the Thames Path from Iffley, Oxford, to Mill Meadows in Henley.

The runners were seen by parish councillor David Pheasant and his wife Vivian, whose house overlooks the crossing in Station Road, at 6pm.

A Henley-bound train was at the platform when the driver sounded the horn to indicate that it was departing and the level crossing barriers were down, preventing vehicles from crossing.

Then a runner wearing a headtorch crossed the track before stopping to wait for a companion, prompting the train driver to sound his horn again.

The train had begun to pull away when the second runner crossed in front of it and the driver gave a lengthy blast of his horn as the pair ran off. Mrs Pheasant, who saw what happened, said: “It was quite dark but I could see the little headtorch of the first runner bobbing along as they went across.

“You’d have thought if they had any sense they’d have gestured to the next person to wait and I couldn’t believe my eyes when the second person crossed.

“The driver gave such a long blast on his horn that my heart was pounding afterwards. I can’t blame him as he must have been so angry and frustrated.

“Those runners are complete idiots and could have been killed.

“We need barriers across the full width of the road because the lights and the warning horn clearly aren’t enough of a deterrent for runners who are determined to make their time.

“It’s unpleasant and a real nuisance having to hear that horn every time a train leaves, so the fact that it isn’t even stopping people from crossing is very irritating.” Her husband, who is a Shiplake parish councillor, has reported the incident to Network Rail and Great Western Railway.

He said: “This is a very serious incident which potentially endangered lives. The runners’ actions were a threat to pedestrian and driver safety.”

Parish council chairman Tudor Taylor said: “Clearly where runners are in any form of competition, they are under pressure to keep going no matter what.

“However, running through a red light on a level crossing is not only illegal but extremely dangerous.”

Network Rail has has referred the incident to British Transport Police, who are investigating.

A spokesman said: “We have the safest railway in Europe and, as part of that, level crossings are safe when used correctly. It is extremely dangerous to cross the track when the barriers are down and those using the level crossings are urged to use them as they are intended.”

Pedestrians face fines of up to £1,000 and a criminal record if they are caught misusing a level crossing.

Network Rail installed CCTV cameras at the site in 2014 following two accidents in 2006 and 2011 where cars were struck by trains and crushed. Nobody was injured on either occasion.

Steve Adams, who organises the Thames Trot on a non-profit basis, said: “We do not condone this behaviour in any way.

“It is clearly against the spirit of the race and spoils it for everyone. If footage is available, I would very much like to see it as the individuals could be identified from their numbers and forbidden from taking part in future.

“Beyond that, there is not much we can do. It is a lengthy course and we’re talking about fully-grown adults — we should be able to trust them to act sensibly and responsibly.

“All our race documentation hammers home the message that these things should be respected. We are not abdicating responsibility but there’s not much else we can do.

“We carry out full risk assessments and work in close partnership with the Thames Path’s managers at every race.

“This has been going for nine years with hundreds of runners on each occasion and this is the first such complaint.”