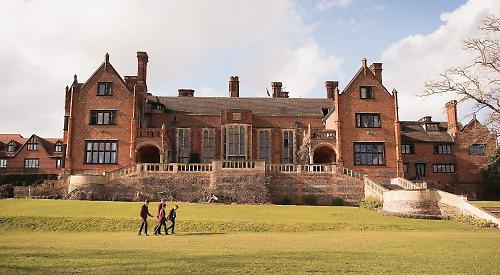 A DECISION on whether or not to put sports pitches on farmland in Shiplake has been delayed for a site visit.

Shiplake College asked South Oxfordshire District Council for change of use permission to install six playing fields on land on the opposite side of the A4155 from Shiplake Farm.

Councillors met at Didcot civic hall on Wednesday evening after council officers said the project should be approved.

The date of the site visit is yet to be confirmed, but councillor Ian Snowdon, chair of the meeting, explained a decision would not be made until members of the committee had chance to see the land.

It is owned by the Phillimore Estate and has been farmed on by the Doble family for more than 115 years by four generations.

Farmer Stephen Doble attended the meeting after submitting his concerns to the district council about the loss of farmland and impact on wildlife.

He was joined by Fred Maroudas, chair of Shiplake Parish Council, who said: “There is overwhelming opposition from residents to this application.

“We absolutely welcome the decision of district councillors to visit the site and see for themselves the damage that it would cause.”

The college has been searching for an alternative to its current playing fields for around 50 years.

The pitches are at risk of flood and are also rented from the Phillimore Estate.

Councillors were set to approve the application after officers assessed the proposals and said it “would not adversely impact the nearby wildlife”.

Headmaster Tyrone Howe said he was keen for the college to work with the community to ensure the project was a success for all parties.

A full story will be available in the next edition of the Henley Standard.