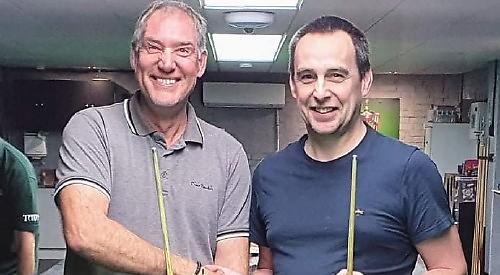 NICK BIRNEY made it a season to remember on Monday night as he won the Henley and District League’s singles competition.

The Trinity B player, who helped his side to league title success the week before, beat Stu Henderson 5-1 to secure the singles crown.

Birney, who was named the league’s player of the season, also scored the biggest break in the league last season with a break
of 67.