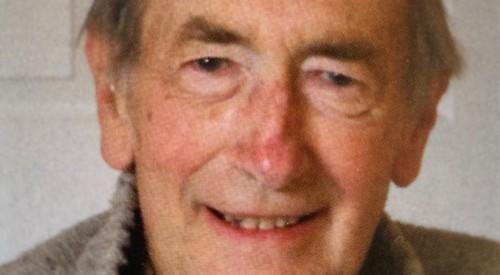 TRIBUTES have been paid to a Sonning Common community stalwart who has died.

Fred Curzon passed away at the Royal Berkshire Hospital in Reading on May 9, aged 83.

He moved to the village with his wife Margaret in the late Sixties and became a leading light in several community groups and sports clubs.

Mr Curzon was born in Ramsgate, Kent, just before the Second World War broke out.

He was the youngest of four children and his father was deputy headmaster at Chatham House, the local grammar school.

He left school at 16 and went on to enjoy a 40-year career in insurance, first for Guardian Royal Exchange and later Heaths.

After completing his national service with the Royal Air Force at Mildenhall, he worked in Kingston-upon-Thames and then Welwyn Garden City, where he met Margaret.

The couple moved to Reading before settling in Sonning Common to start a family. While he never forgot his Kentish roots, Mr Curzon threw himself wholeheartedly into community life.

He held several positions on school committees and was heavily involved with the Duke of Edinburgh’s Award scheme, through which he met Prince Philip. By the time he retired, he was chairman of the Fish volunteer centre, president of the Royal British Legion’s Kidmore End branch and a case worker for armed forces charity SSAFA.

In 1994, he launched the legendary Sonning Common quiz, which lasted 20 years.

He also enjoyed cheering on his three sons at Abbey Rugby Club, near Emmer Green, and Rotherfield United Football Club.

Cricket played a major part in his life. A lifelong Kent supporter, he played for 25 years for his beloved Kidmore End as a medium pace bowler and middle-order batsman.

When he stopped playing, Mr Curzon served in many roles at the club, including coaching hundreds of local children as its youth set-up flourished.

He eventually became president and one of his proudest moments was receiving an outstanding service to cricket award from the English and Wales Cricket Board for services to Berkshire cricket.

Mr Curzon was a proud family man who recently celebrated his 55th wedding anniversary with his beloved Margaret.

Kidmore End Cricket Club will stage a tribute at its Gallowstree Common ground this summer, where loved ones will come together in celebration of his life.

The club observed a minute’s silence ahead of all four of its league fixtures on Saturday as a mark of respect.

Chairman Jeff Sheldon told those present: “Many of you will have known Fred for a long time — some longer than others. He was a great club man, cricket enthusiast and loved by all. Our thoughts are with his family at this difficult time.

“He will be greatly missed and the club would not be where it is today without Fred’s tireless service.”