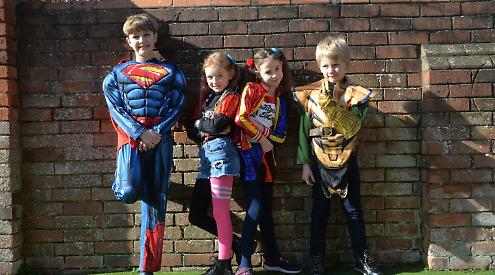 More than 7,000 children took part in a world record attempt for Red Nose Day. About 60 schools in Oxfordshire took part, including S Mary’s School in Henley and Whitchurch Primary School.

The aim was to set a Guinness World Record for the largest game of musical bumps across multiple venues. Pupils at St Mary’s also dressed up as superheroes for the day, with one child dressing as Ukrainian president Volodymyr Zelenskyy.

Both schools did the bumps outside with PA systems. Teachers watched different groups of children to spot who was last to sit down and in each round.

At Whitchurch primary, villagers volunteered to help. Headteacher Dawn Chesters, said: “A lot of the children didn’t know what musical bumps was — I don’t think they play party games at parties anymore. We gathered everyone in the hall to show them and we realised it was the first time we’d had all the children together since the assembly two years ago where we explained they would have to go home due to covid It was great to have the whole school back together doping such a fun activity.”