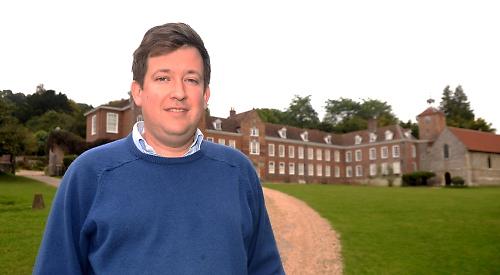 RESIDENTS are concerned their rural peace will be shattered by more commercial events being held at Stonor Park.

The estate, which is run by the Hon William Stonor, has been granted a new premises licence to host an unlimited number of shows, fairs, live music and other events and sell alcohol from 10am to midnight every day.

But the decision made by South Oxfordshire District Council’s licensing acts panel has upset some nearby residents, who are concerned about light and noise pollution and an increase in traffic on the country roads.

Michael Nickson, the agent for Stonor Enterprises, said: “This application is for the grant of a comprehensive new premises licence to include parts of the main house and the entire 250-acre grounds for a wide variety of events, including weddings, plays, films, shows, circuses, vintage car rallies, food and drink festivals, craft fairs and many others, at which there may be licensable activity.”

He said the licence would allow the sale of alcohol from any number of stalls and businesses for consumption both on and off the premises. Some alcohol sales would be dependent upon the supply of food or other services.

“The precise conditions for each stall will be determined by the premises licence holder,” said Mr Nickson.

“The sale of alcohol within the house will be limited to the pantry and the gift shop. Alcohol sales for consumption in the pantry will be primarily to complement the provision of food.

“The gift shop will be limited to off-sales. Sales of alcohol elsewhere within the grounds may be from temporary structures.”

Sixteen residents objected to the application.

Sue Reed, from Stonor, praised the estate for being a considerate neighbour and for contributing to the community.

But she said: “Were we on top of a hill, or in a busy town, the kind of events Stonor Park hosts would have less impact. As it is, it is perfectly possible to count the sounds of every vehicle that passes through the village and occasionally to hear much more, especially music, from the park than we would do in a busier place.

“The number and kind of events held in the park until now has been acceptable and a reasonable increase, though not actually wanted, would seem only fair.

“However, I would argue very strongly that the application for unlimited usage is excessive and entirely unacceptable. Unless some reasonable limit is applied, it has the potential to degrade the living environment significantly by the combined increase in noise, light and pollution that it could engender.”

Drs Noel and Barbara Snell, from Pishill, said: “Noise nuisance and light pollution from the increased activity planned will impact on this small rural community. Stonor Park events can be heard a mile away up the valley at Pishill.

“The proposal to prevent patrons leaving the park with open supplies of alcohol encourages the public to down their supply before exiting — hardly sensible. Drink driving issues are of concern. We fail to see how events continuing until midnight with multiple alcohol sale points can be described as ‘family friendly’!”

Colin Garner, from Middle Assendon, said he welcomed the increase in the number of events held at Stonor Park but it would be “unreasonable to have more and more of them”.

Sarah Moore, who has lived next door to Stonor Park for the past eight years, said: “It is not that we are against these events in principle but the open-ended application is unacceptable and should have sensible restrictions to allow the village to be a quiet, rural retreat.”

Mr Nickson said the licence holder, staff, volunteers and stallholders would work in partnership with the authorities and local people, adding: “The staff will be properly authorised, equipped, trained and motivated in this task.”

He said there would be a radio communication system at each event and a CCTV system to cover the pantry and gift shop. No light would cause a nuisance to nearby residents and businesses, the site and public areas nearby would be kept free from litter and there would be supervision of visitors leaving to ensure minimum noise and disturbance to residents.

Mr Nickson added: “Any complaints received about noise shall be logged and appropriate remedial action taken as a matter of urgency.”