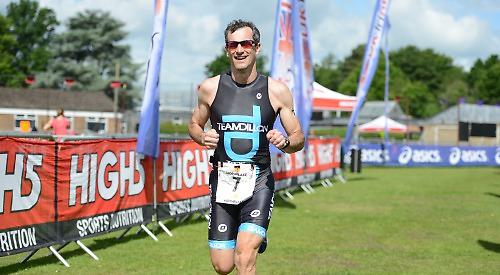 It was the eighth year of the event, which is held at Henley leisure centre and in the grounds of neighbouring Gillotts School and is organised by UK Triathlon.

In the youngest age group, Edward Adnitt, eight, from Benson, was among the fastest finishers, coming home in nine minutes and 46 seconds.

Lucas’s brother and sister competed in the middle age group, with 11-year-old Matias finishing in 14 minutes and 57 seconds and Ines, 10, coming home in 19 minutes and 16 seconds. Also in that category were sibling teams Connor and Kirsten Botha, 11 and nine, and Anya and Kaia Marston, 12 and nine, both from Henley.

Among the fastest local runners was Eva Barnett, 12, from Henley, who finished in 11 minutes and 42 seconds.

In the top age group, Kate Haveron Jones and Nickleby Simmonds, both 13 and from Henley, finished in 19 minutes and 49 seconds and 23 minutes and 51 seconds respectively.

A team from Badgemore Primary School in Henley took part in the run. Teacher Tim Hoskins organised the team, while his 13-year-old son Ben finished in 25 minutes and 49 seconds.

Lizzie Mae Ryan, from Henley, was celebrating her 10th birthday on the day and took part with 10 friends. She is a member of Reading Rascals junior triathlon club and was part of four relay teams called Lizzie’s Fizzers. She led the fastest swim relay team before taking part in the cycle and run for three other teams.

Henley Mayor Kellie Hinton watched the action with her daughter Hallie, six, and consort Dave Eggleton and handed out medals to all the finishers over the space of nearly five hours.

She said: “The triathlon was fantastic and the enjoyment of the children was clear. They were all name-checked as they ran through so we could congratulate them by name.

“I hope we can build on this next year and Hallie is keen to take part. It was a really fun day out for families.”

The event was followed on Sunday by the Henley Triathlon for adults, which attracted about 400 entries. The elite competitors had to swim 400m, cycle 25km around Rotherfield Greys and Sonning Common and run 5km in the school grounds. Others were able to take on a half-triathlon.

There were five categories for both men and women depending on the distance they chose to take on — sprint, super-sprint, fun, relay and the “pink wave”, which was for women raising money for Cancer Research UK.

The main event was won by Alex Bradley in a time of one hour, seven minutes and 34 seconds, while the first woman home was Rachel Pearce in one hour, 18 minutes and nine seconds.

The fastest female Henley entrant was Laura Ellera, 33, who took one hour, 36 minutes and three seconds.