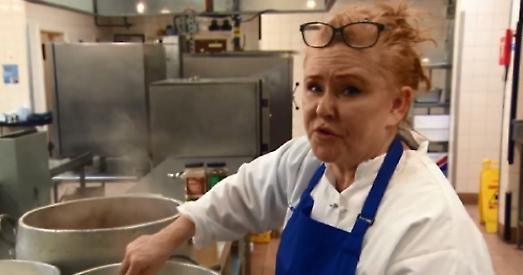 Five years ago, he was cycling from his home in Didcot to work in Henley when his back wheel spun on some ice on a hill and he went over the handlebars, hitting his face on the road.

A car stopped and a woman got out to help him. She led him off the road, advising him to keep his head back to stop the blood gushing from his nose and lips, and then took him to a nearby house where the owner let him have a shower and a coffee.

However, he had no idea who the “Good Samaritan” was until the homeowner told him.

Hedley says: “I do remember the lady had amazing, shiny red hair but I didn’t recognise her as I am not very good with faces and names.

“She had gone when it was explained to me that it was Carol Decker! I hadn’t recognised her as I am not familiar with many pop stars.”

He used Twitter to thank the T’Pau vocalist and she replied wishing him well.

Hedley, who worked at Invesco at the time, says: “I think a lot of famous people would have driven on, or shouted at a cyclist, or boasted that they had helped, or even made sure I acknowledged who they were, but she was humble, helpful and had genuine empathy.”